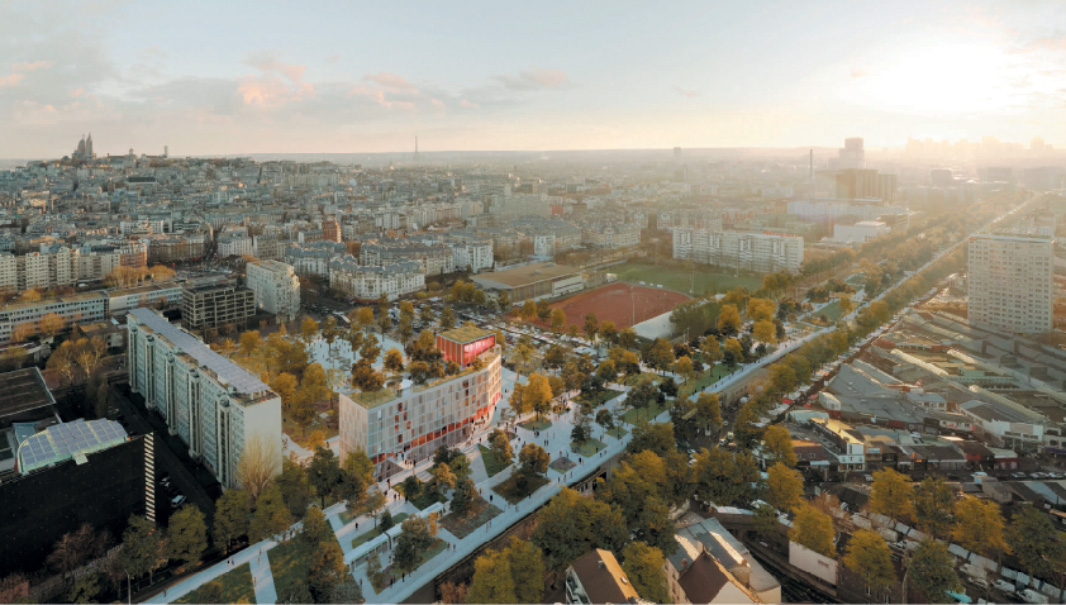 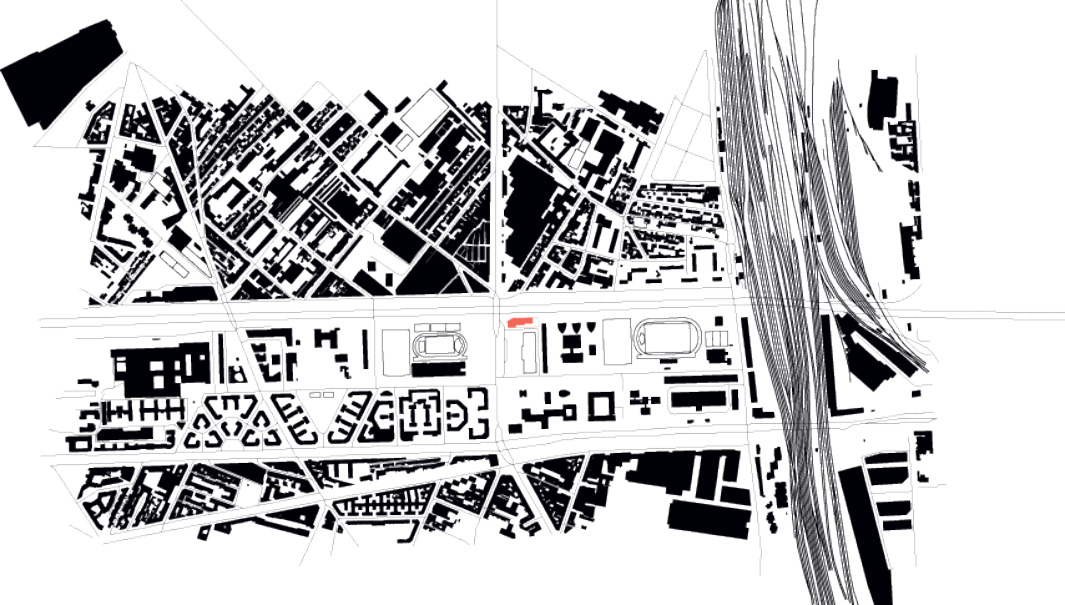 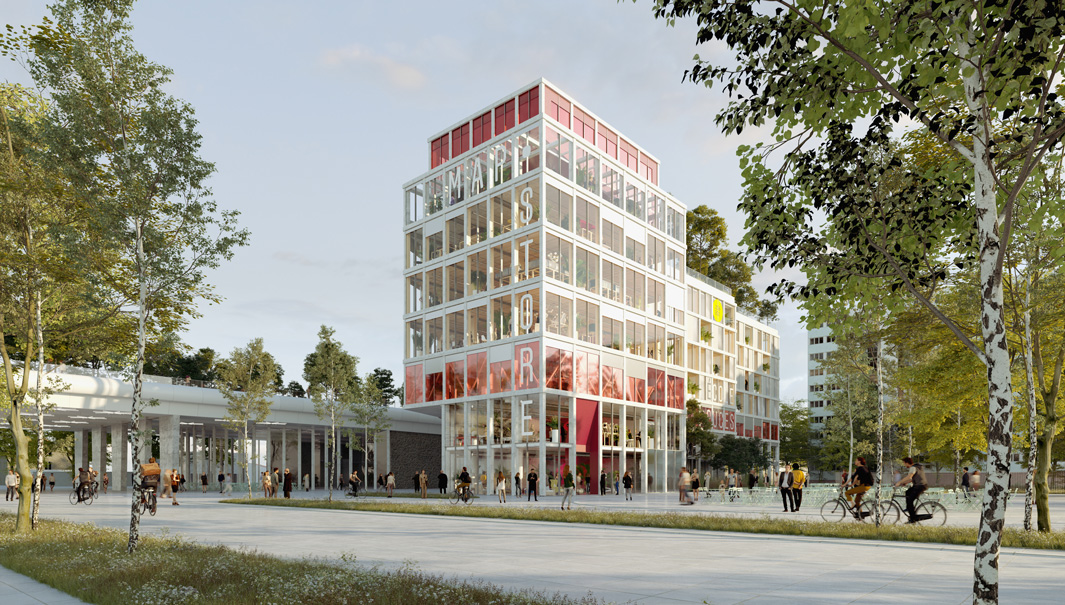 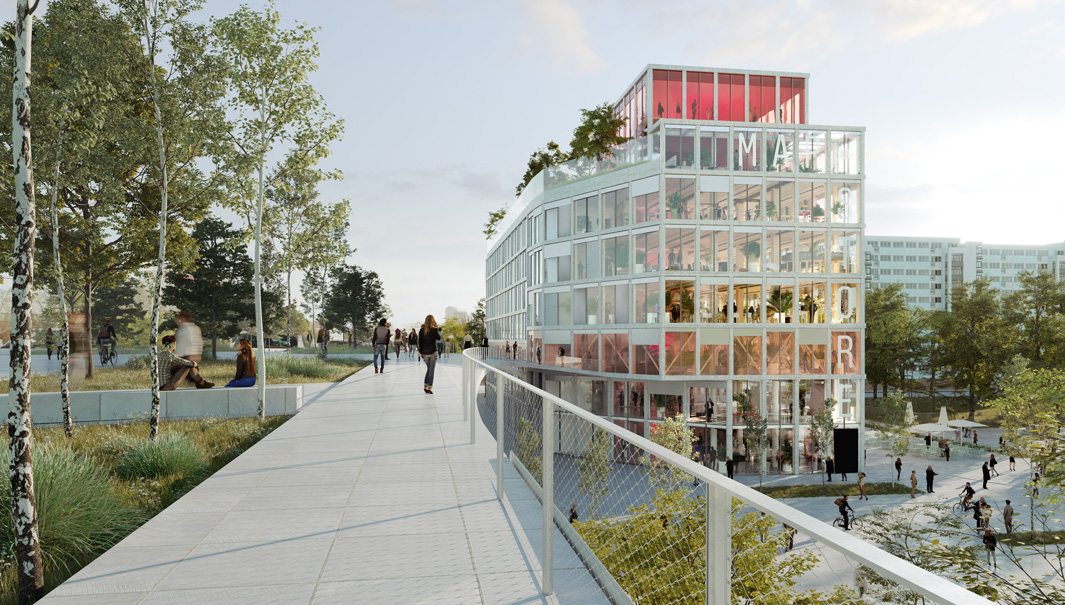 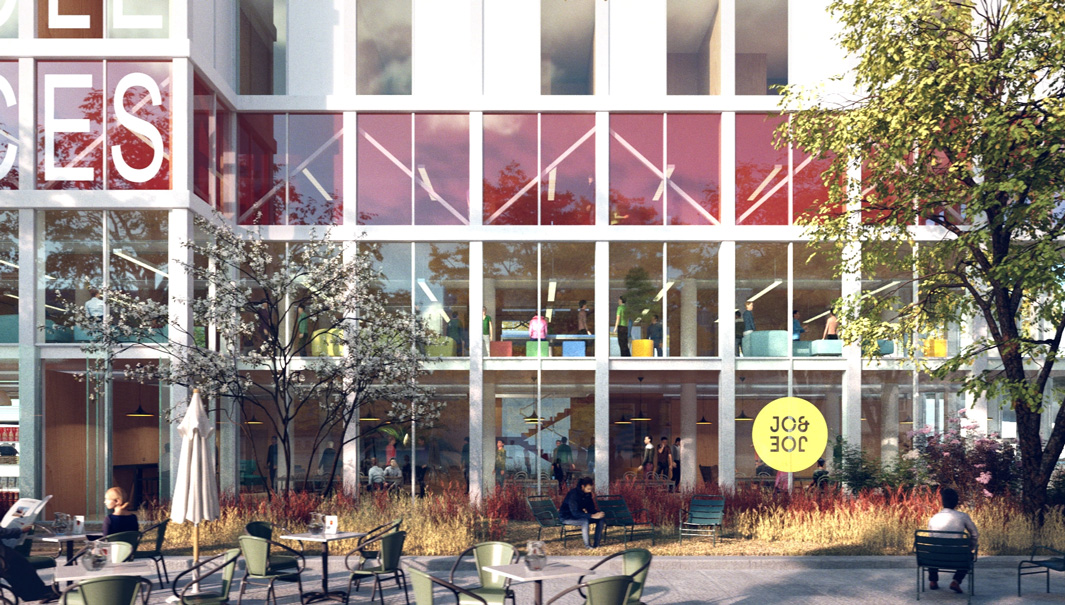 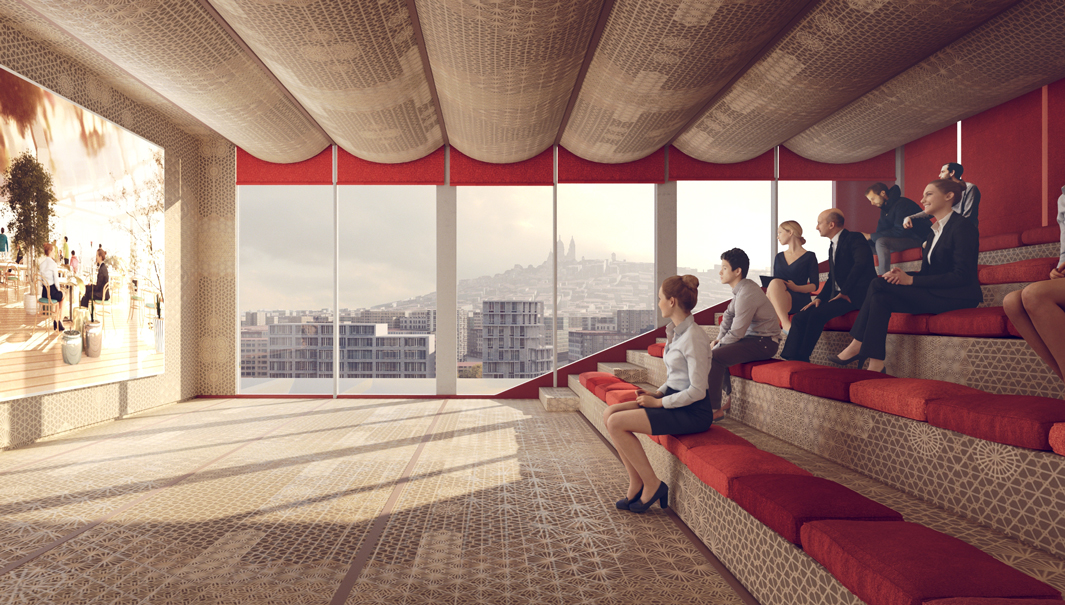 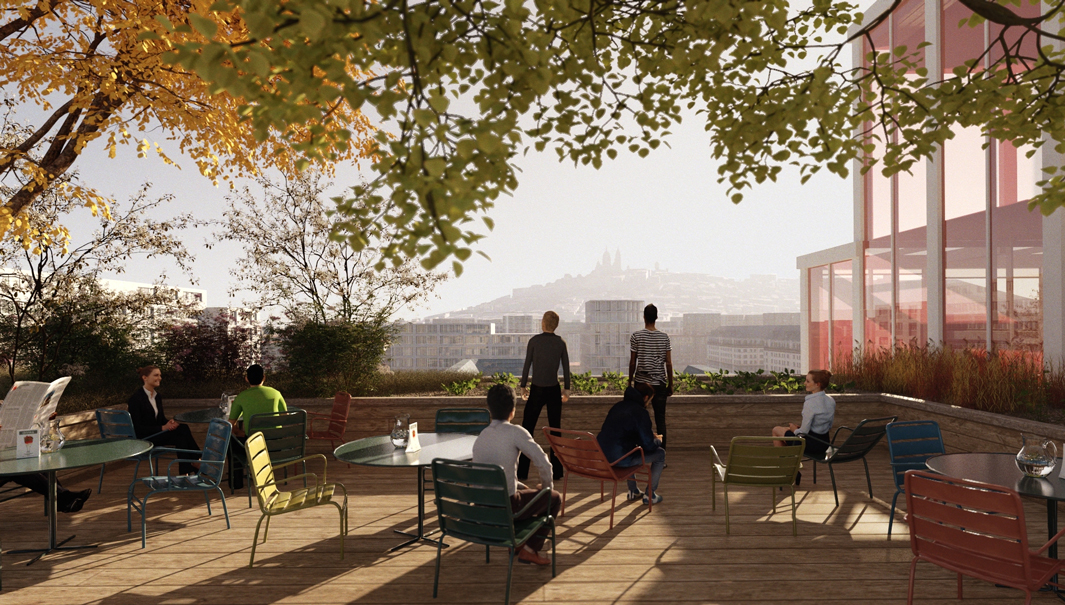 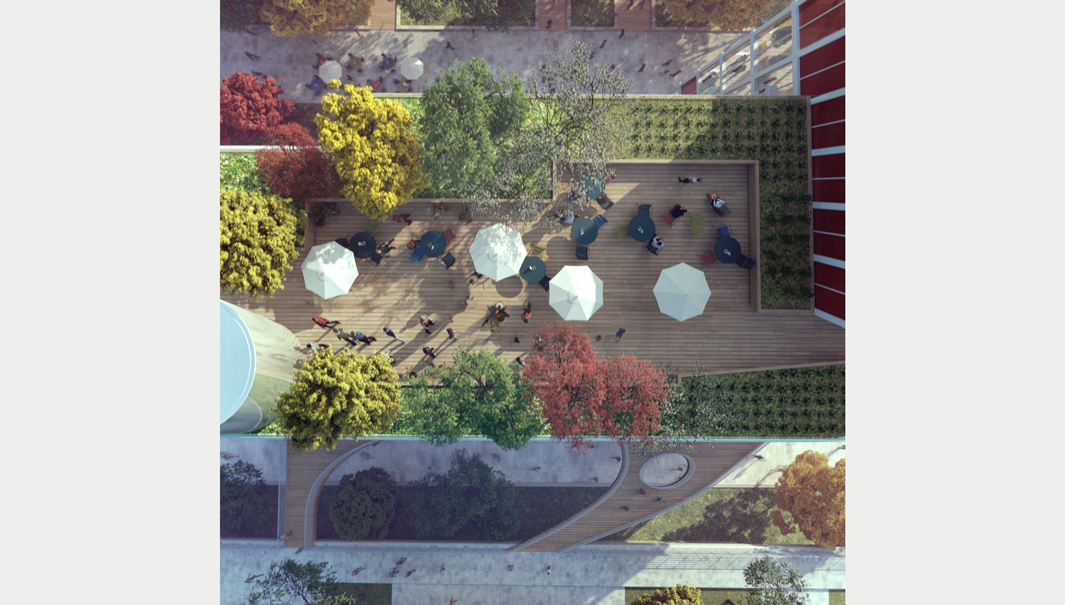 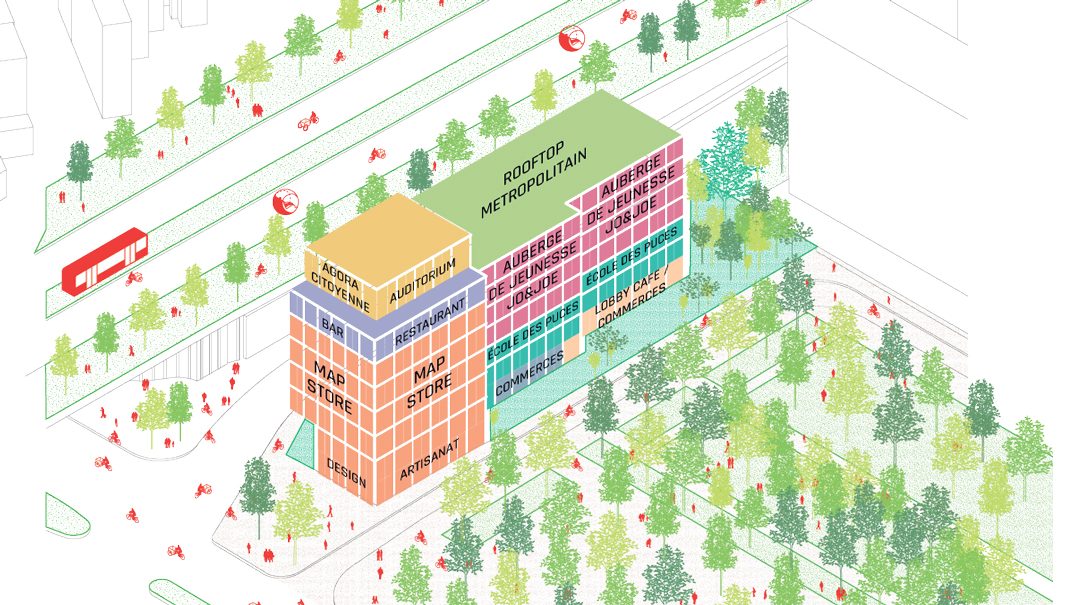 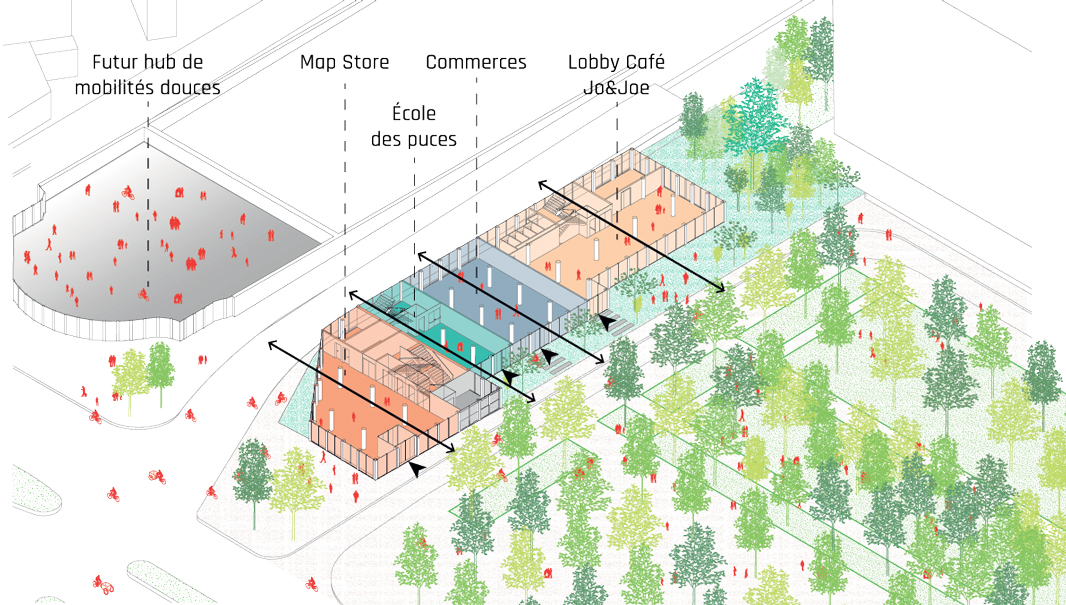 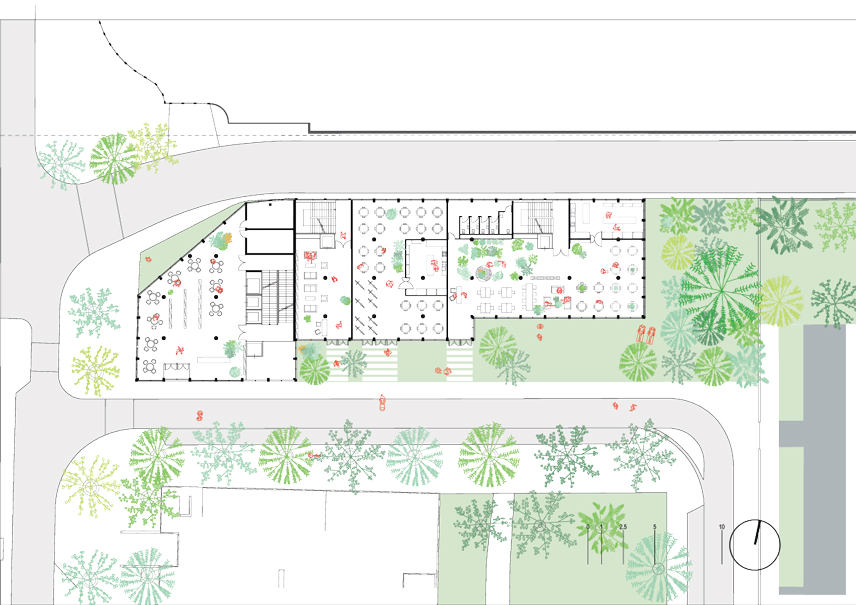 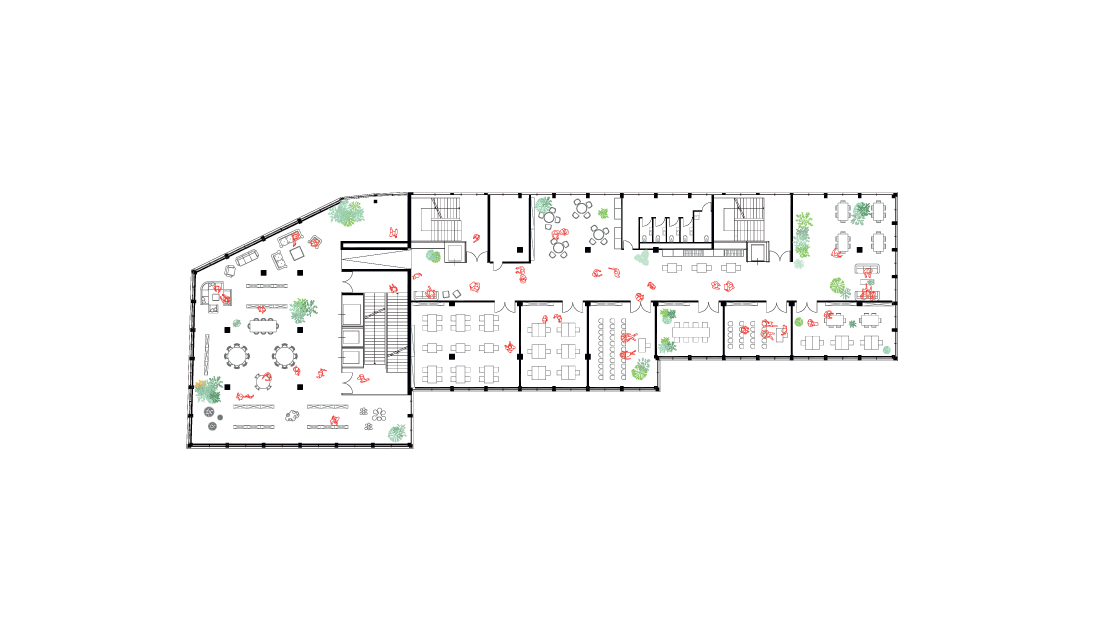 The 34 inaugurates a new metropolitan centrality, tourist destination of the Grand Paris open to all, 7 days on 7, active on all floors, from the porous base to the accessible roof.
The 34 is a territorial activator, federates the local cultural initiatives and condenses the institutional ambitions.
It is a common house: it hosts a new school, the Ecole des Puces, which connects antique dealers and bargain hunters, artisans and apprentices, experts and amateurs in welcoming spaces allowing a new showcase of the market at the Puces of Saint-Ouen.
It’s a guest house: a new generation youth hostel, open to the neighborhood.
It’s a sustainable house; Circular economy and short circuits are at the heart of the 34 by its design and programming that includes urban agriculture and reuse.
The 34, part of the Great Urban Renewal Project of the Portes of Saint-Ouen, Montmartre, Clignancourt and Poissonniers, is at the heart of a territory that, at the end of its transformation, will erase the symbolic border traditionally felt at the gates of Paris and will link Paris and Saint-Ouen in a metropolitan dynamic.
Create an open and active polarity. The major challenge of the project is to participate in the transformation of an island into a centrality, from a Gate to a Metropolitan Place, capable of signaling, superimposing and interconnecting several urban scales: those of the district, the city, the metropolis and even from the international with the Puces of Saint Ouen and the university campus of the Paris-Sorbonne University.
Develop a lasting symbol for the City. The challenge is also to create a scalable and low carbon building. With its principles of eco-construction and urban agriculture, the 34 is designed as the first building of Métropole Grand Paris in E4C2 to contribute to the achievement of the objectives of the Metropolitan Air Energy Climate Plan, which aims to achieve carbon neutrality in 2050.