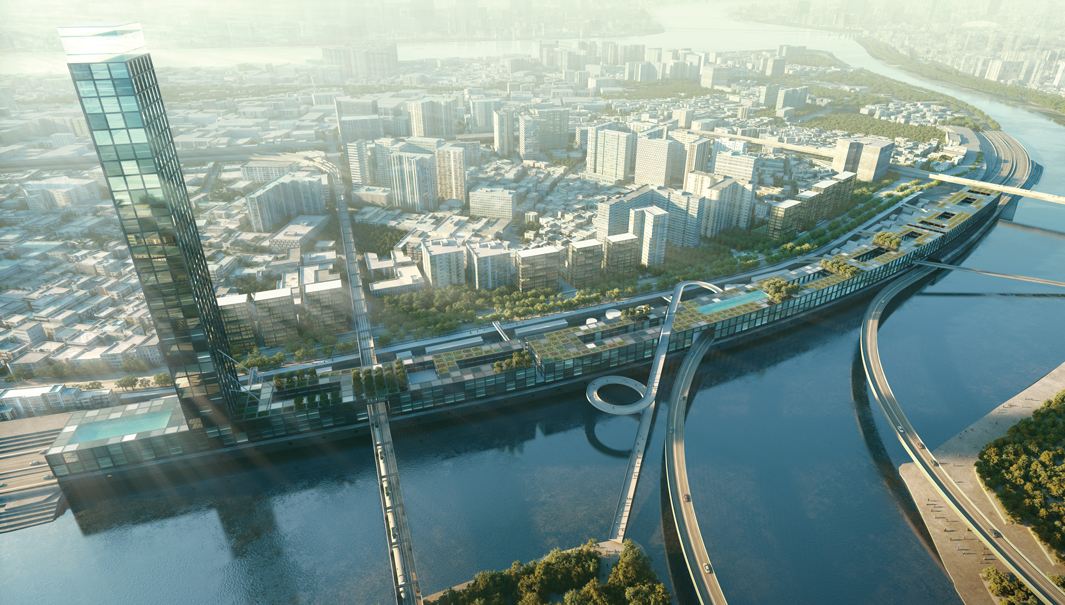 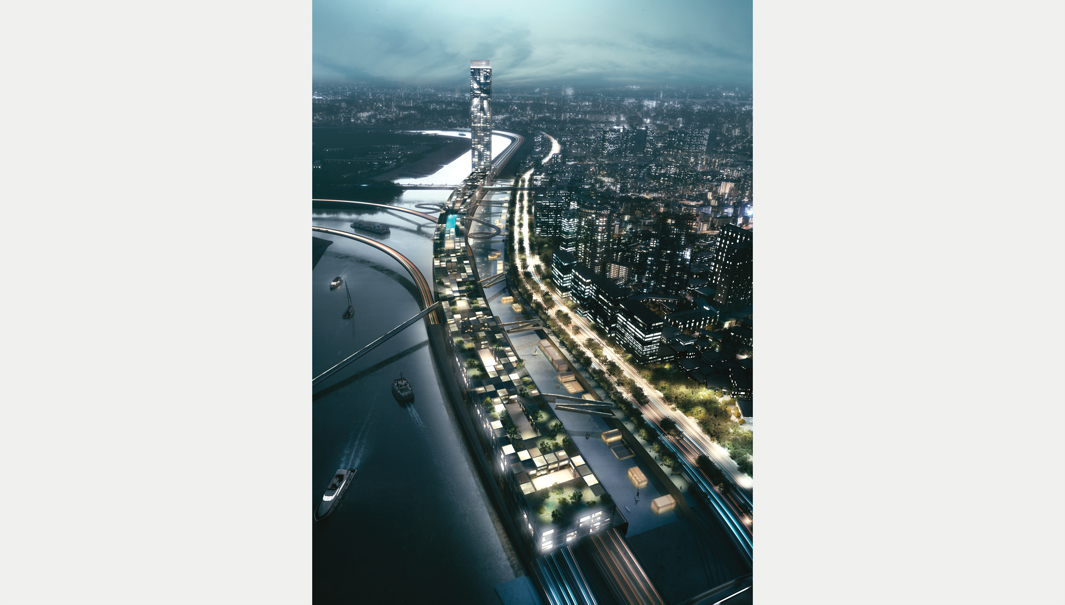 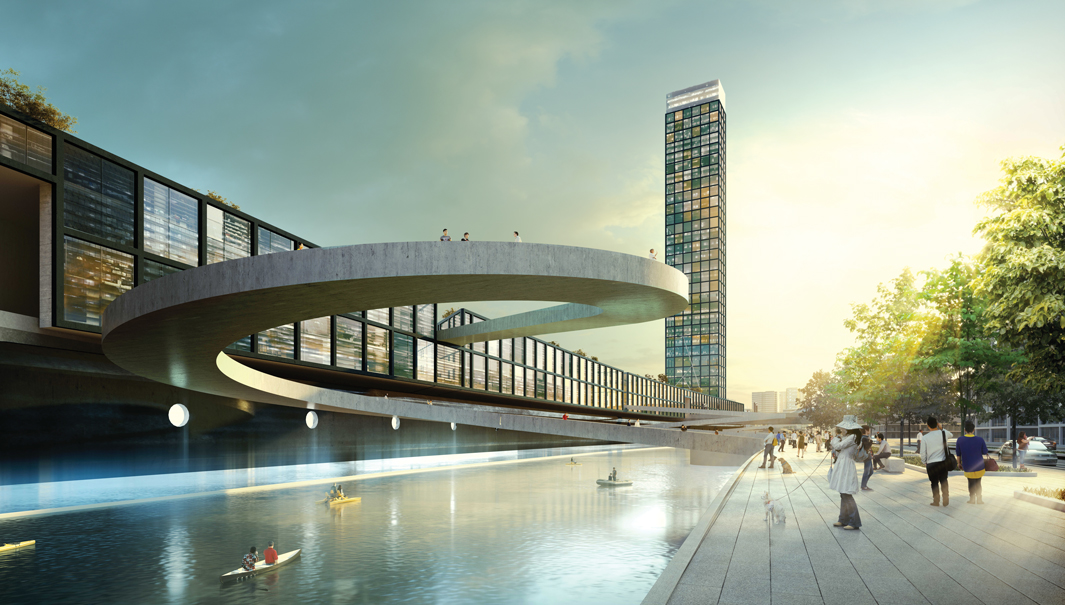 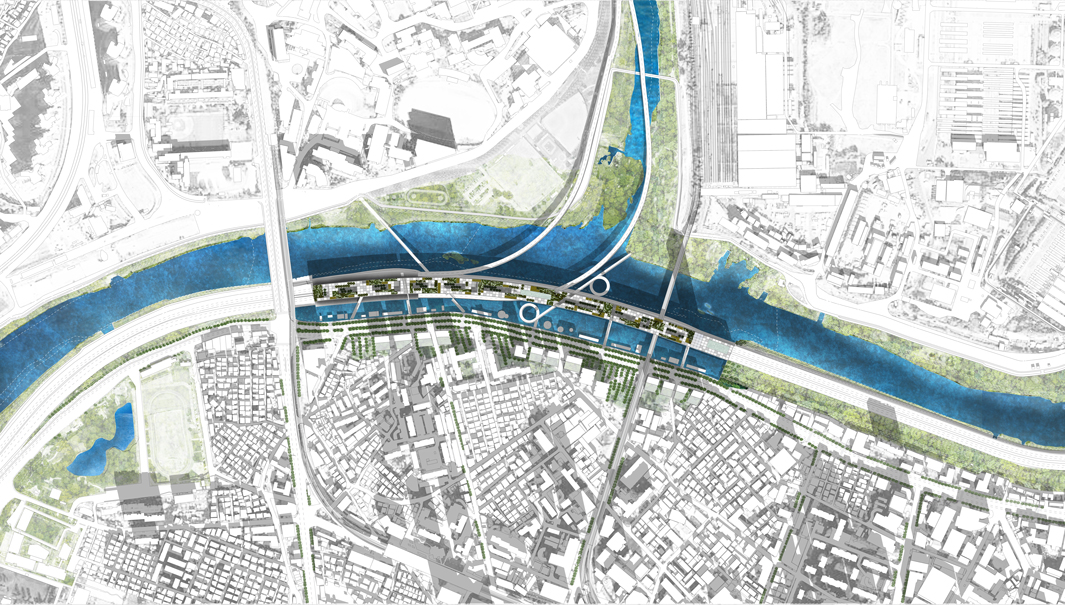 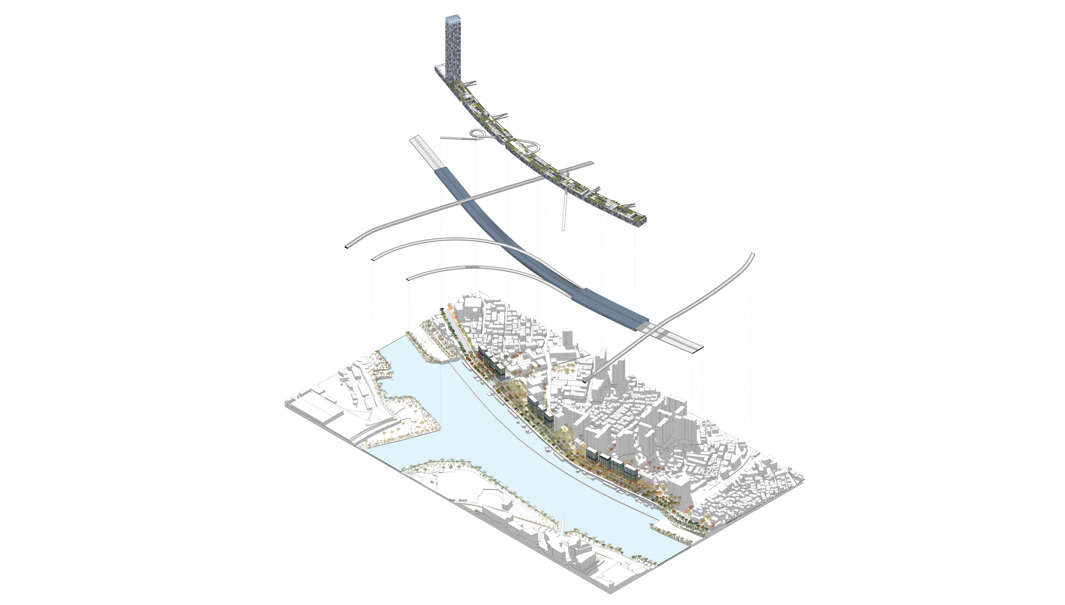 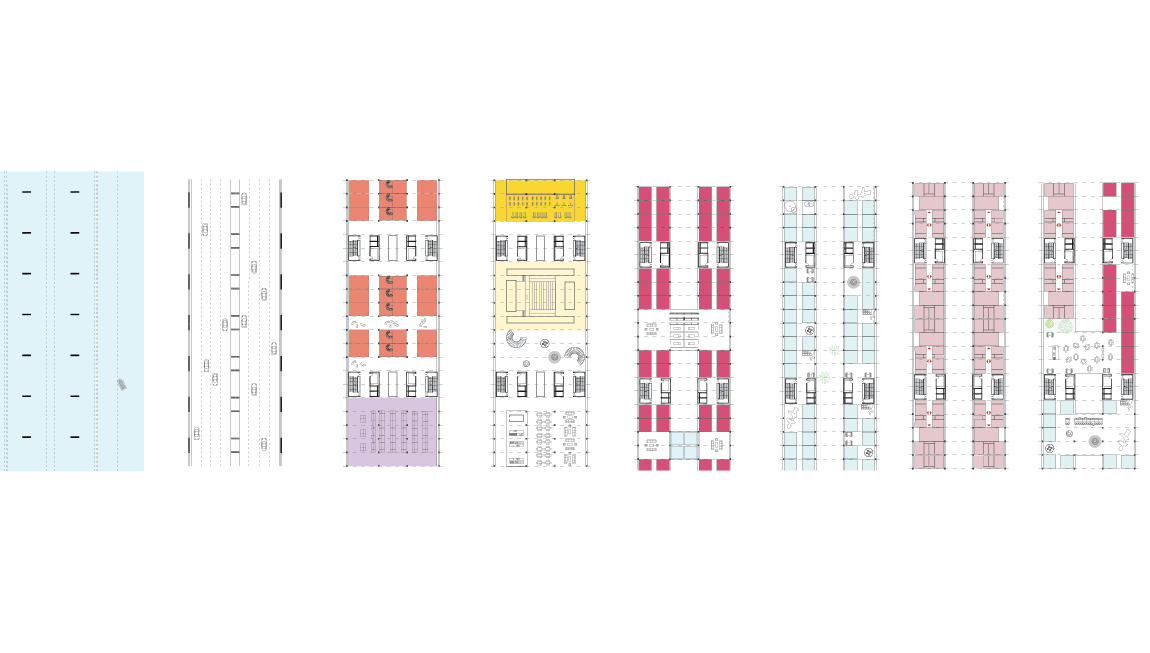 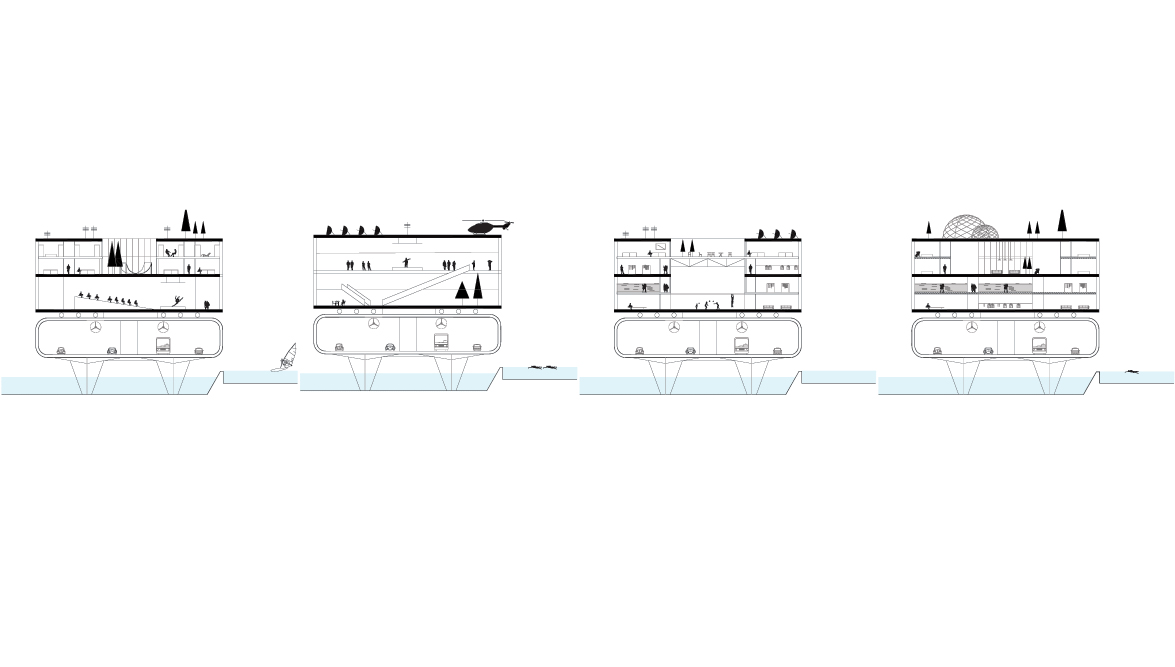 A landscape that is horizontal and panoramic
SEOUL SUPERGROUND was launched by the city in order to complete the hypotheses of urban renewal that was initiated and developed a few years ago with the SEOUL UNDERGROUND project. The 18 different neighbourhoods  proposed to architects each display different configurations.
Site n°18 presents the particularity of being free of built mass that would be difficult to ignore or complicated to integrate successfully, without detriment, into a new, much more open approach to constructing the city. The area resembles a sort of horizontal superimposition of distinct lines, quite rustic, interrupted only by the expressway. So I began to think about the pertinence of a horizontal landscape recreating a site plan made up of horizontals, placed one on top of another or one next to another. They would be curved and sequenced, between the expressway and the SEONGSU-DONG neighbourhood, to create a new urban topography.
The flaws of the site
The expressway, running between the river and the embankment, took away any hope of easy and safe pedestrian access onto the natural riverbanks, which had become unusable since the construction of the road. The river itself had over time lost its natural beauty. It had become a dead space on which the city, though its transmutations, had progressively turned its back.
A long, thin plate, curved and simple
So we found ourselves confronted with the major constraint of the site, how to get across the expressway, other than by crossing it the level of the existing road. Doing this would mean putting the road through an underground tunnel along the entire length of the site.
It was then that the idea came to me of a very simple, long, curved, thin plate, which would embrace the XXL dimension of the site.
The idea of an island: a shoemakers' island
The idea of bringing the river water towards the GWANGNARU-RO quay struck me as more sophisticated and interesting than that of going to find water much further away to the north, having first to overcome a number of insurmountable obstacles. Offering up its south face towards a built-up but porous mass, solid but permeable to light from thesouth and to views from adjacent blocks, the 'shoemakers' island' looks out to the south across its lake and back over its social history, that of the SEONGSU-DONG neighbourhood of shoemakers.
A brief with which everything becomes possible
All the elements of an extraordinarily varied programme would be incorporated, taking into consideration every aspect of creating a town, with specific attention given to keeping and housing the legendary SEONGSU-DONG shoemakers. The project would be built on a single grid
A 200m tower
A vertical construction 200m high, designed in aesthetic harmony with the plate, readily finds its place between the transversal passage of line 2 of the subway and the JANGANGYO bridge.