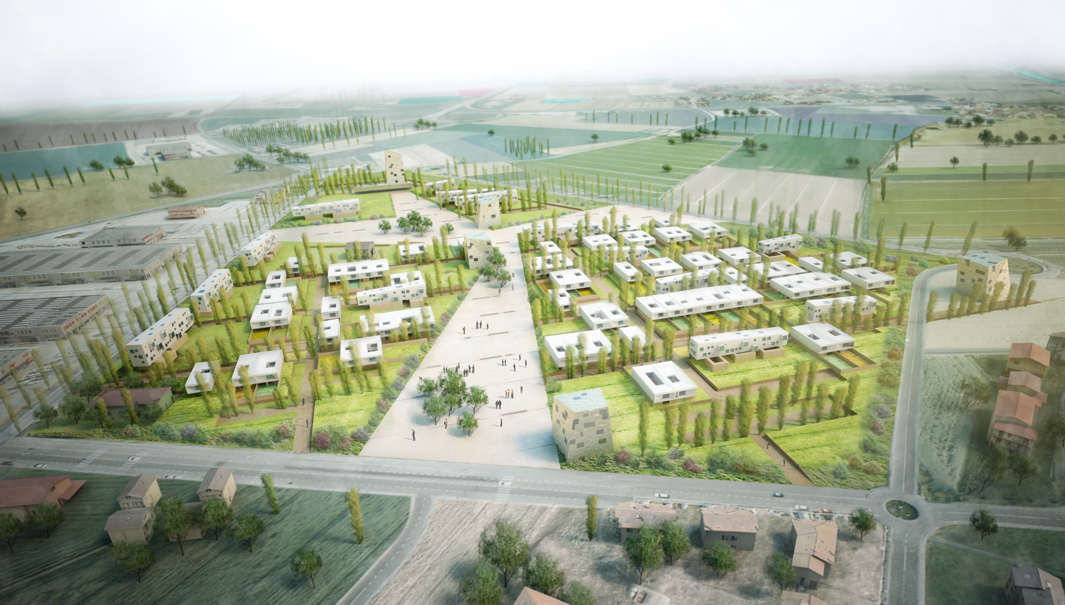 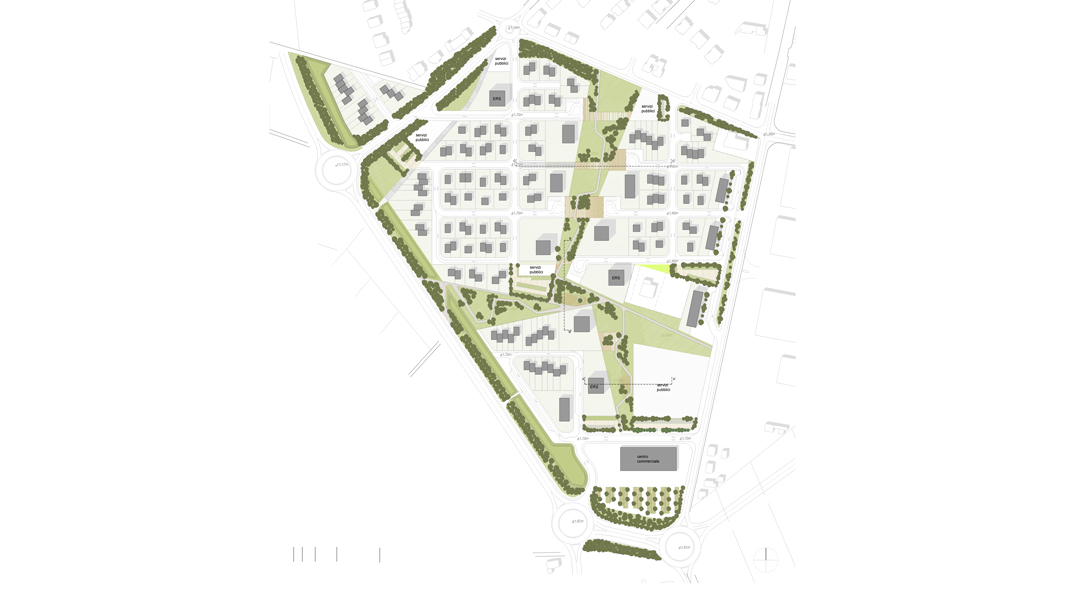 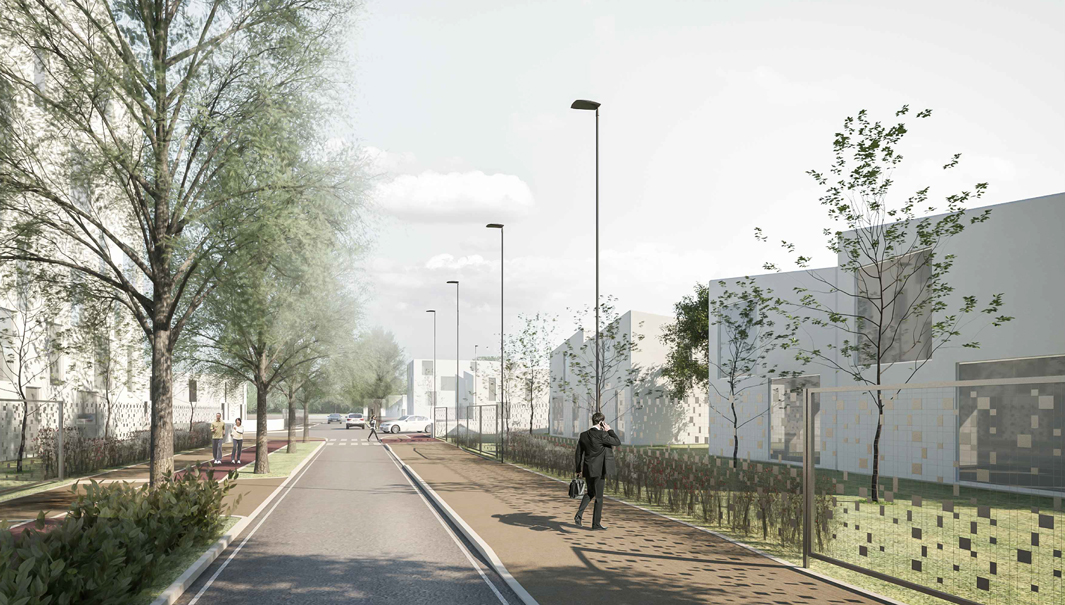 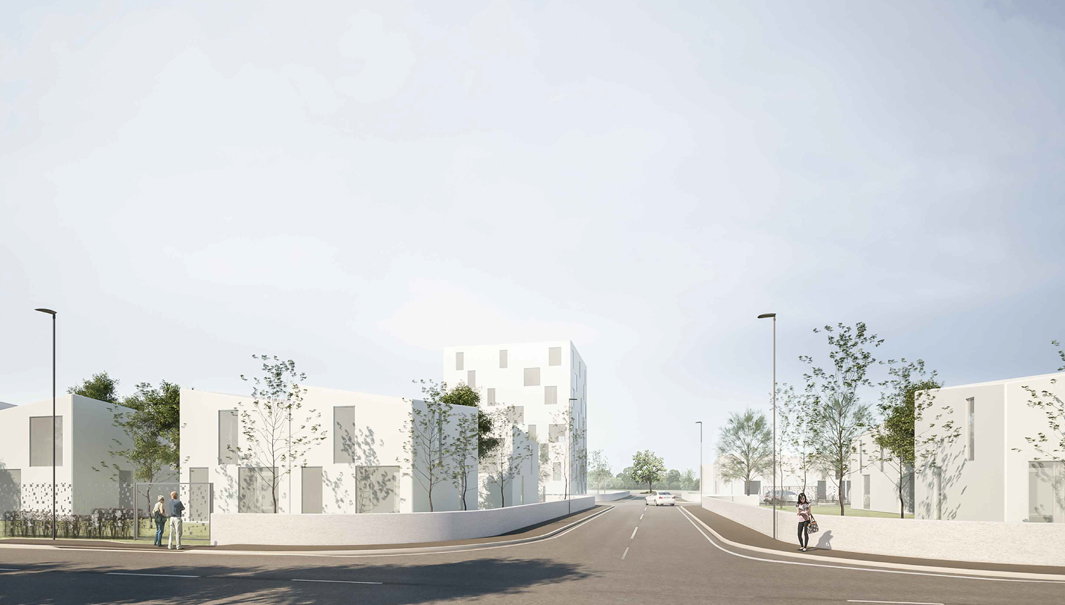 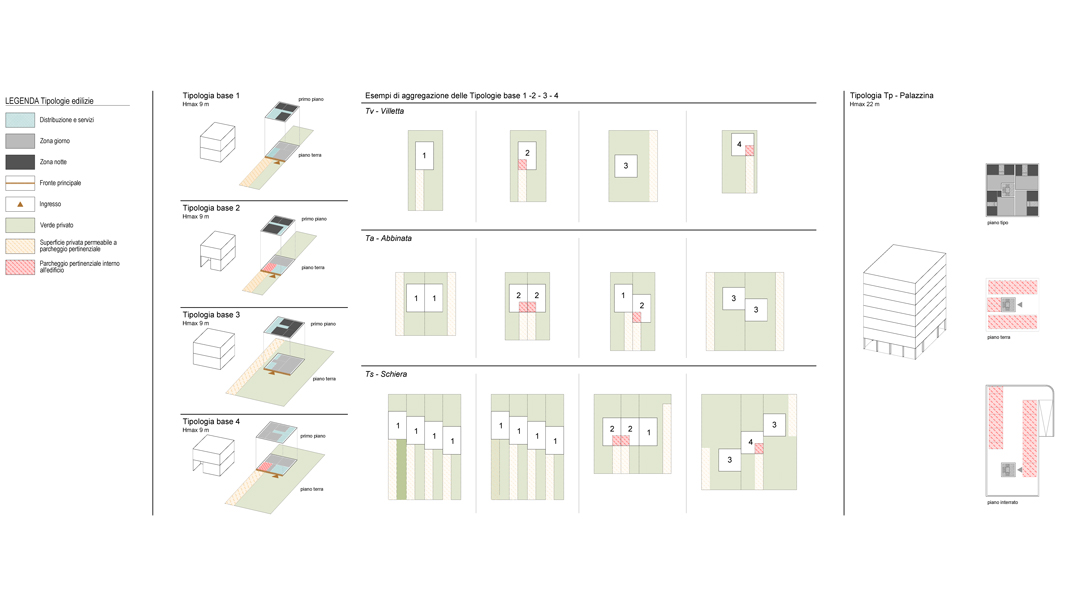 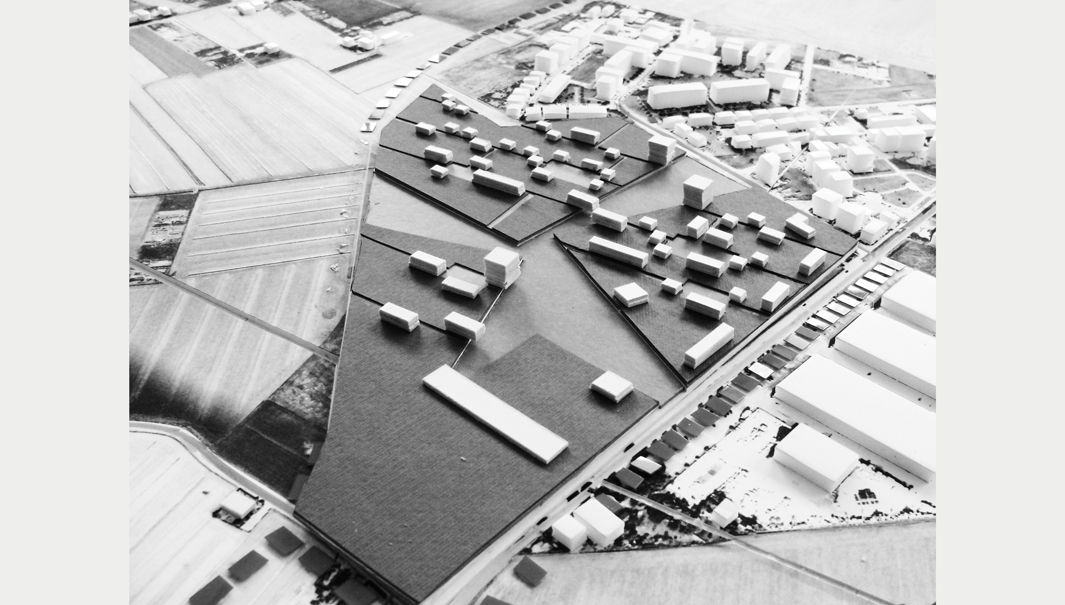 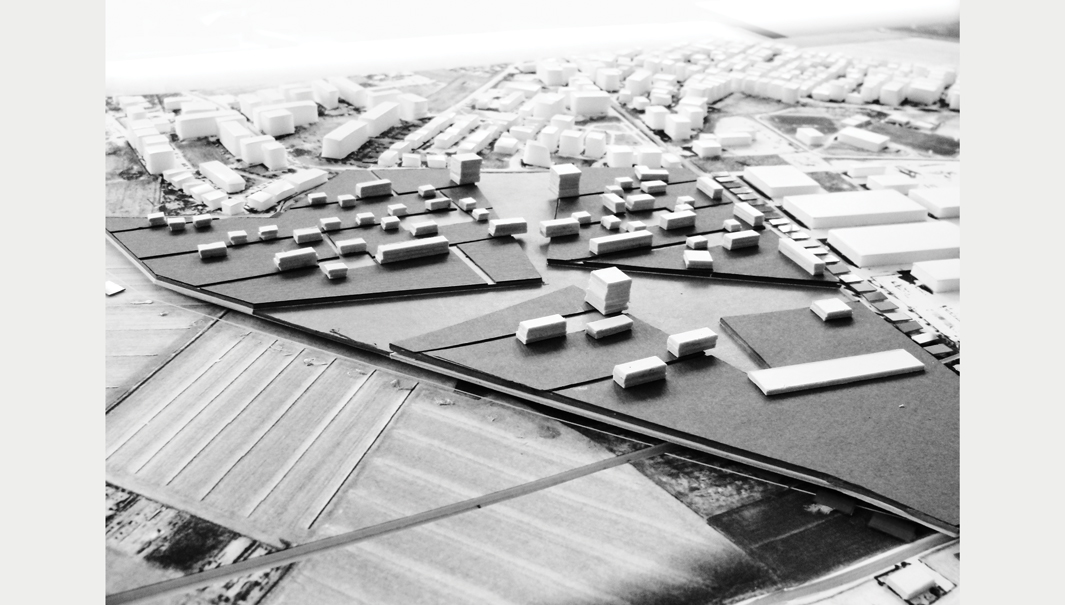 The Dismano Ponte Nuovo plot is at the South East border of Ravenna’s historic nucleus, set away from the city itself and characterised by a prevalently agrarian nature; today it is at the edge of urban expansion. The city emerges on the horizon in a slow and inexorable movement; while on the other side sit the remains of an agricultural backdrop; fragments of the historical structure of the landscape. The Dismano Ponte Nuovo area is hence something of a boundary, a place that must be absorbed by one of the two predominant ecosystems: the city or nature.
The project endeavours to elaborate openly the relationship between these two elements, taking on the city as a landscape, as a place manifesting the relationship between empty and full, nature and artifice, public and private space; an area to which we can attribute new balance and meanings.
The structure of the new settlement is based on the non-built:
Empty space assumes the value both of a natural ecosystem, basic archetype of life in the area, and public space, designed to fuse continuity with the existing context: physical continuity with public spaces that already exist in the North along via Dismano and perceived continuity with the remains of the agrarian system in the South.
The empty space includes three “built fields” in which various densities of settlement alternate - ordered and measured by an agrarian-inspired heliothermic architecture: more intense along the central park to facilitate greater dynamics and internal flows, less intense on the edges to mediate with the surrounding rural context.
The aim of the project is hence that of creating substantial ban expansion as environmental evolution, in a hybrid system of relationships in which there are no tangible borders to mark outside and inside, outskirts and countryside, city and nature, but where everything is landscape.