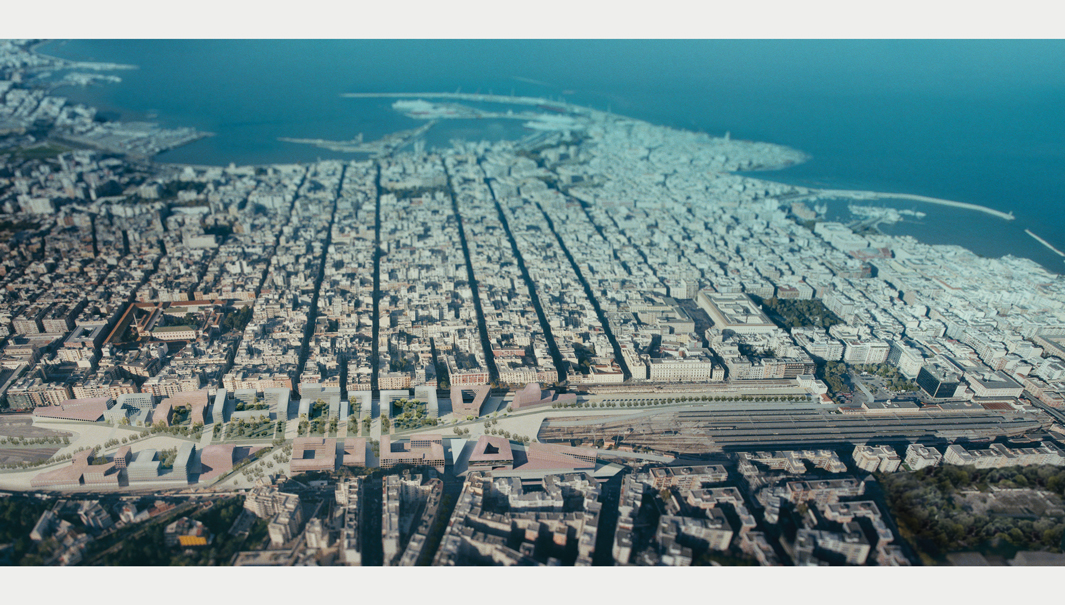 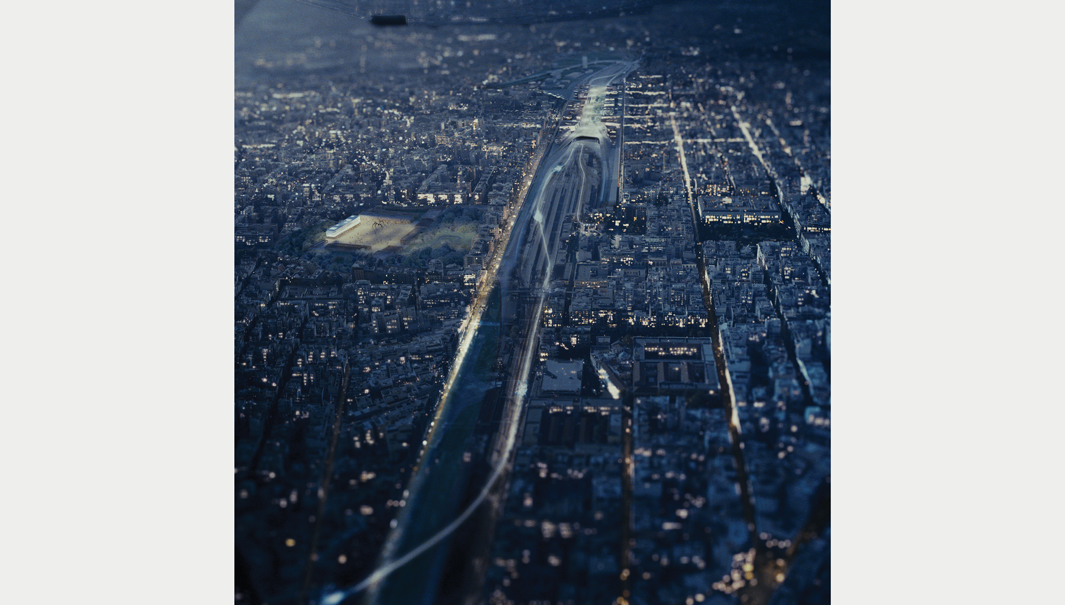 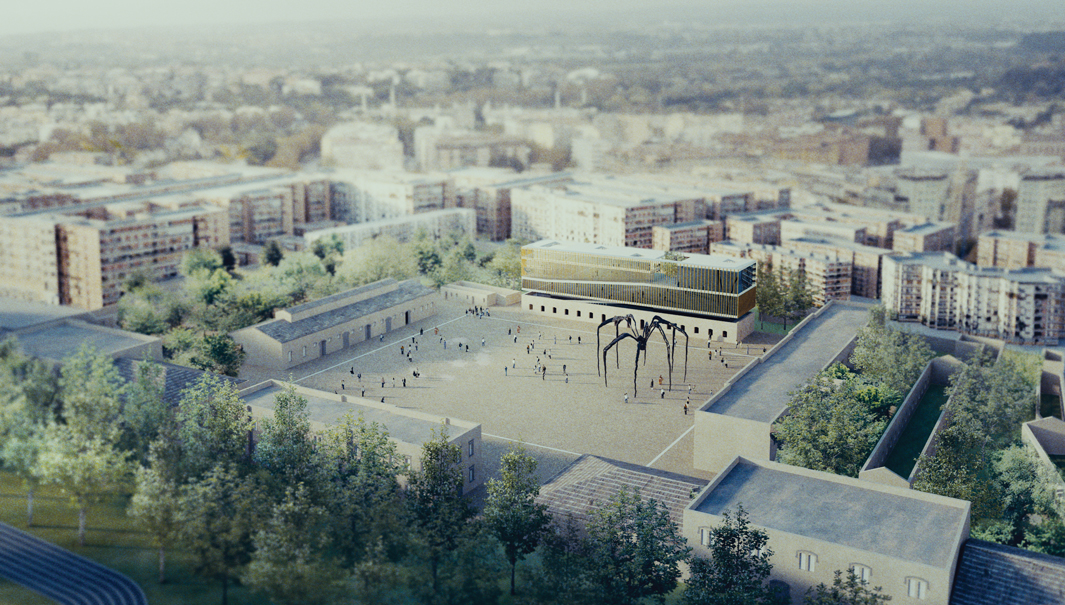 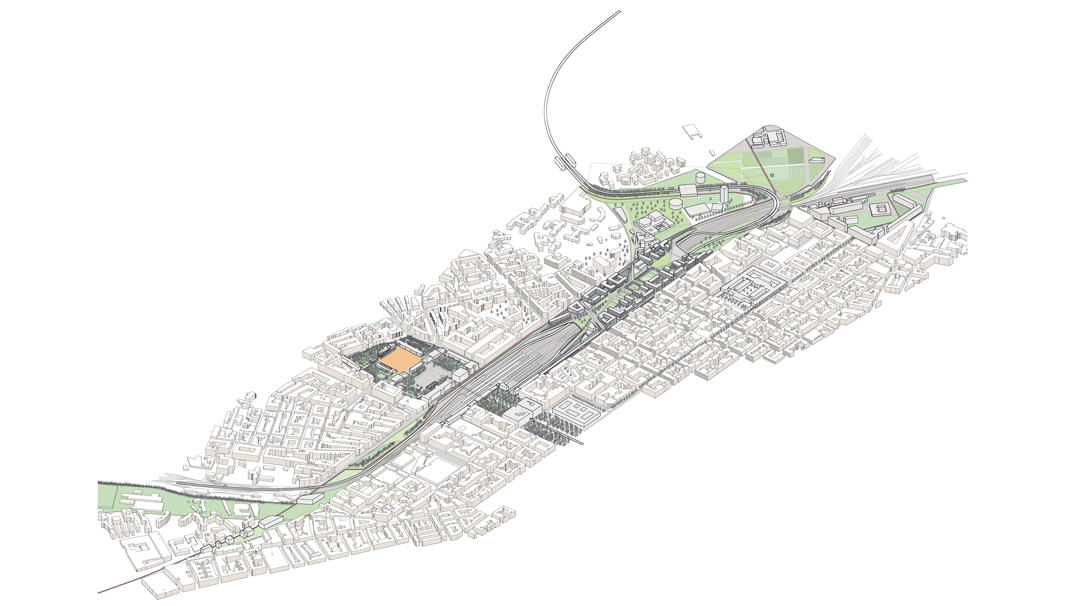 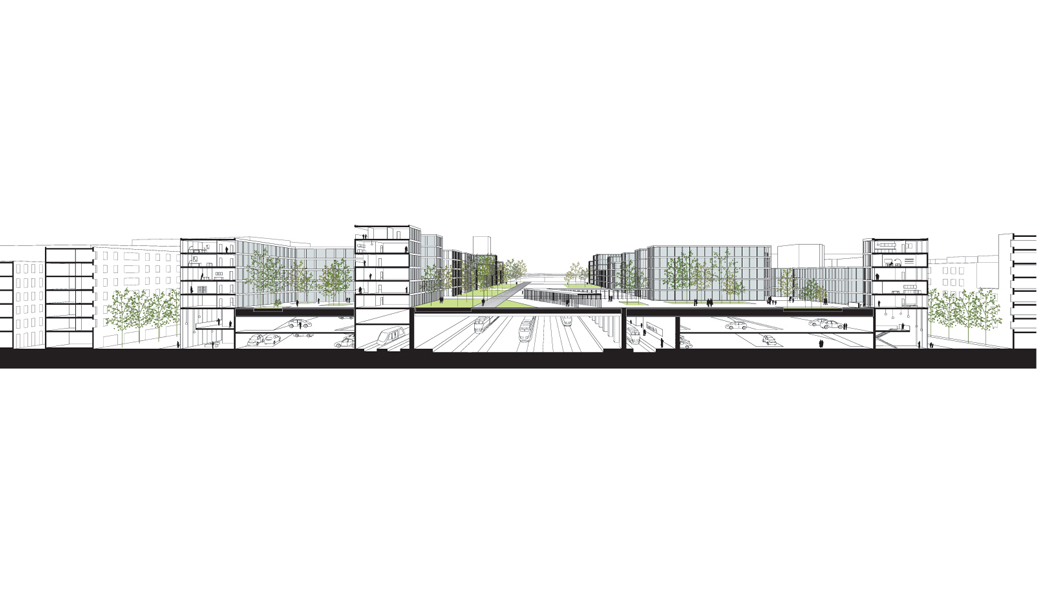 In Bari today, the railway constitutes a solid break between the North and the South of the city. On each side of the railway there are city-scale places of interest and activities that nonetheless have no contact with one another; existing rather as a series of enclaves: the university, the hospital, the Piccinni College of Music, the Arts Centre that is to be housed at the Rossani barracks, the future Fibronit park.
The urban fabrics of North and South are not connected, nor are they complementary. The North is typified by rational planning while the South seems to be an often-incoherent juxtaposition of different urban operations assembled over time.
Interventions to the areas that will be partly freed from the railway network and those adjacent to them as well as the Rossani barracks, will enable the main cut through the city’s urban fabric to be stitched together again. Furthermore, the masterplan follows the understandable aims of the local council to transform the city into a centre of excellence and innovation, a lodestar for the South of Italy, which takes up the challenge of forging the most modern models of European planning.
The project is based on too main ideas, aimed to re-launch the image of Bari.
On the one hand, a penetrating study of the city’s main characteristics in terms of environment, viability, history and the principle functions present in the project area, has enabled the creation of a system to reconstruct in a unitary fashion over the whole project area and not simply the infrastructure, routes, green areas, pedestrian and cycle ways and natural vegetation barriers and to individuate the vocation of the various sections, which are very different from each other.
On the other hand, the design of this project also focuses particularly on the C2 section and the Rossani barracks.
C2 is undeniably the key to the masterplan due to its position linking Murattiano, historical Bari, to the expansion of the city. Consequently it is indispensible for the project to concentrate on this aspect in economic terms and from a point of view of image, without however overlooking the principles that dictate “instructions” for operations in a city that today more than ever is laying the foundations for its future.
The whole strategy of the project turns on the competition’s main premise: the masterplan is to be financed and guaranteed entirely through private resources.
Specifically, the project brings about the cohesion of the two cities through the following strategies:
Densification of section C2
Development of the specific vocations of sections C3, C4 and C5, favouring the clearing of the ground and the safeguarding of the land.
Insertion of new functions at strategic points to activate new connections.
Reorganization of the environmental system on a greater scale.
Construction of a general framework of public spaces and vehicular and pedestrian ways in order to connect and link together disparate and distant sectors of the city.
Decrease of traffic pressure around the central railway in order to permit a re-appropriation of areas for pedestrians.
The masterplan includes a methodology and general strategies that are sufficiently robust to leave the space and flexibility necessary in a process of such length and complexity and involving so many elements.