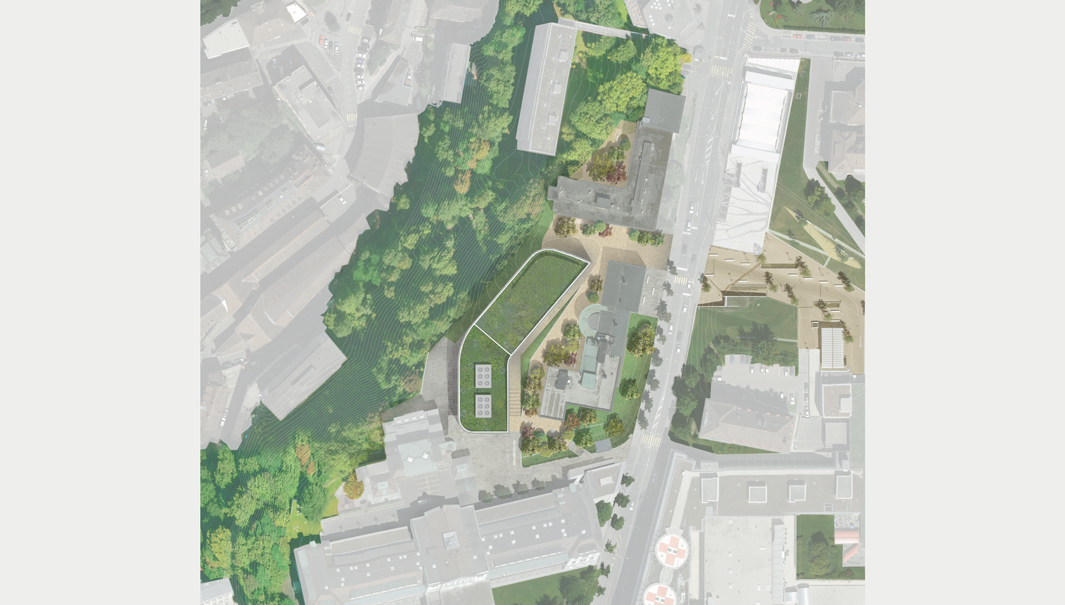 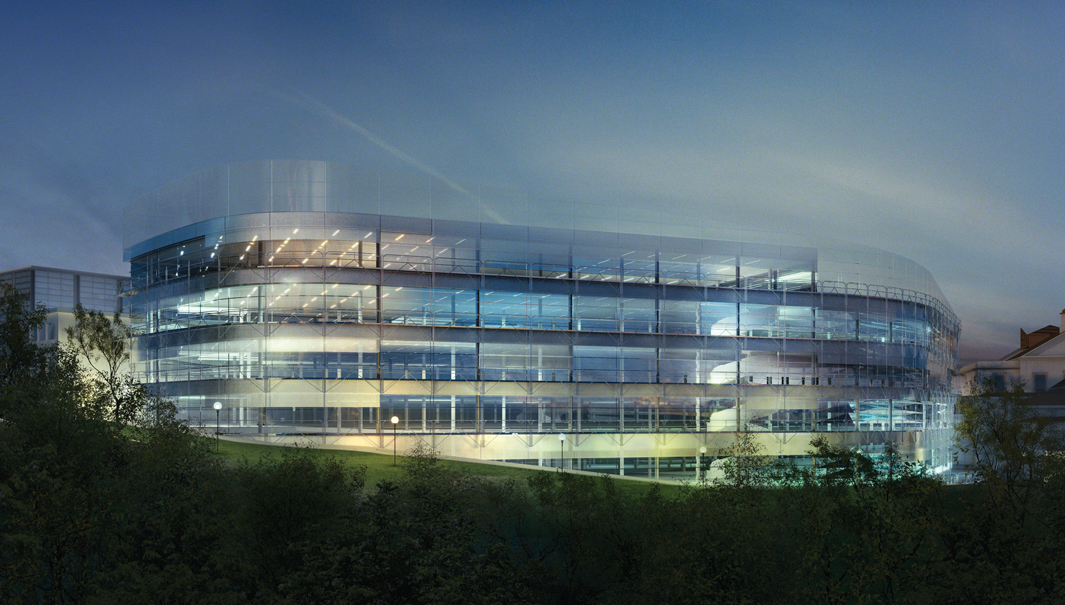 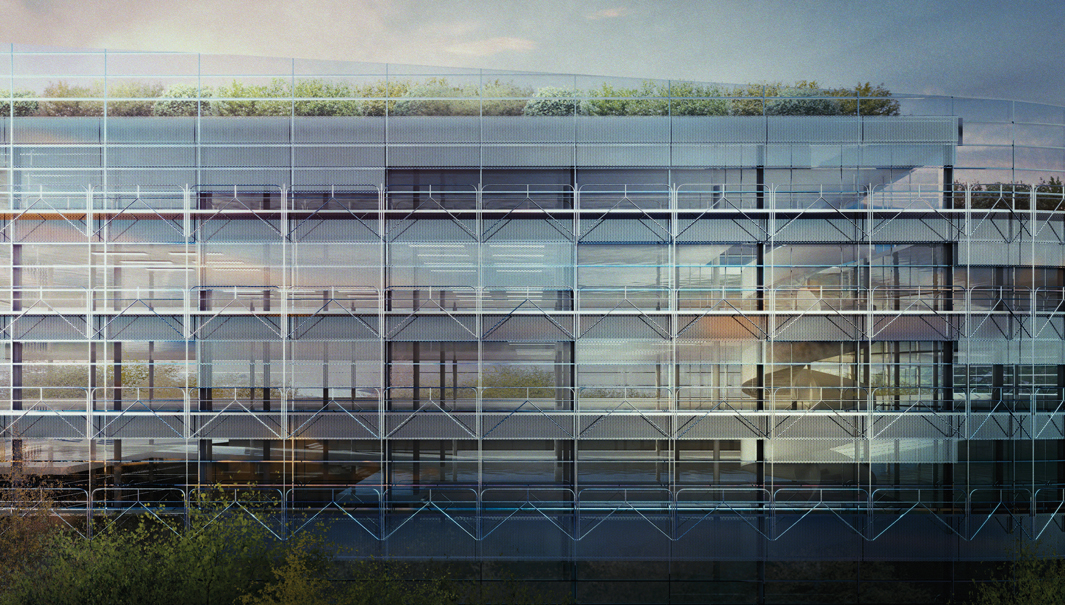 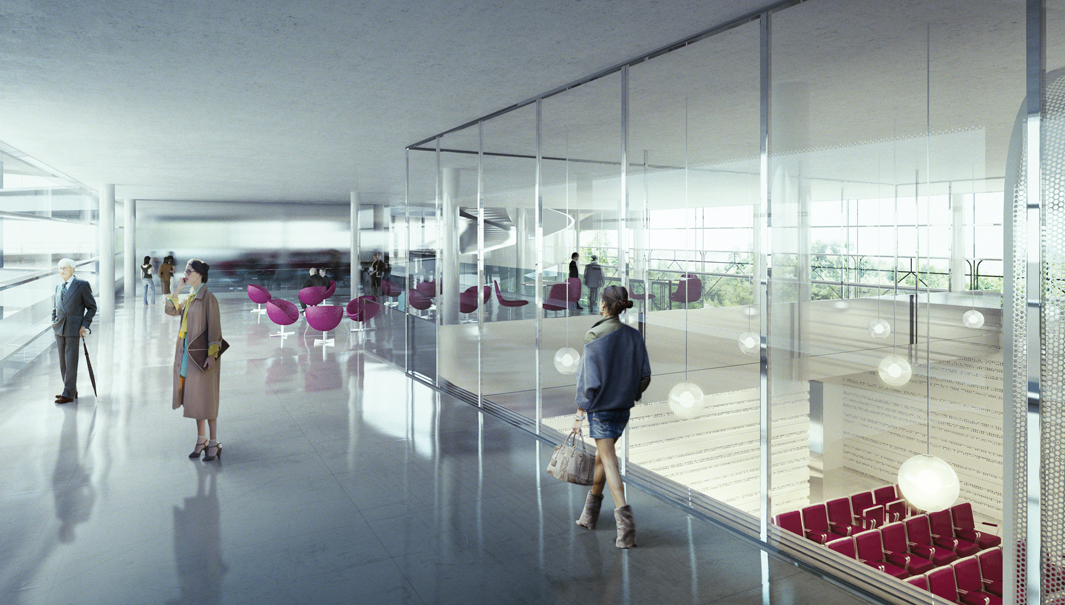 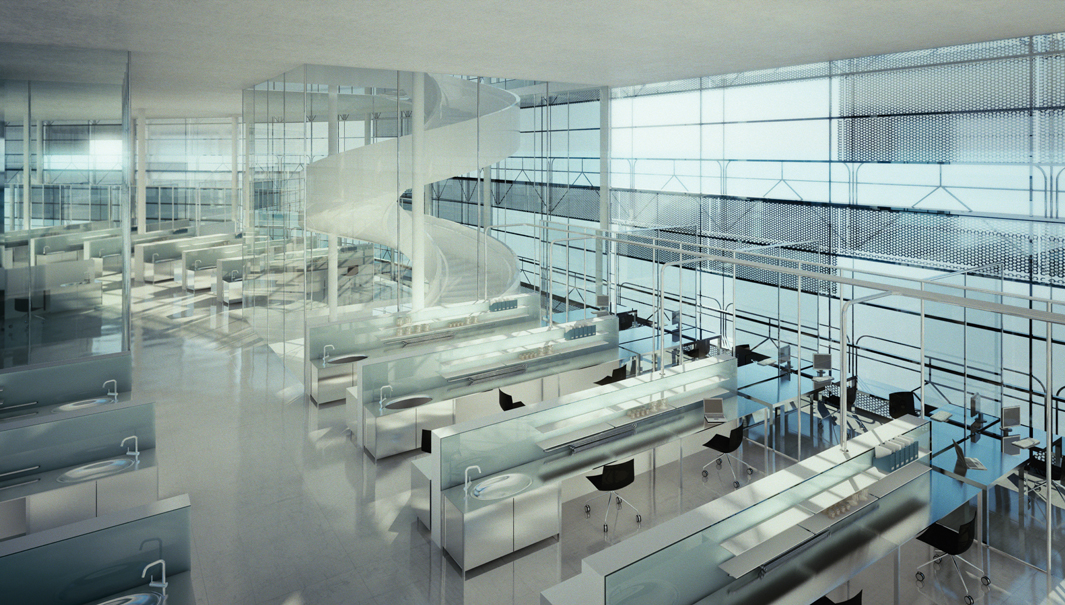 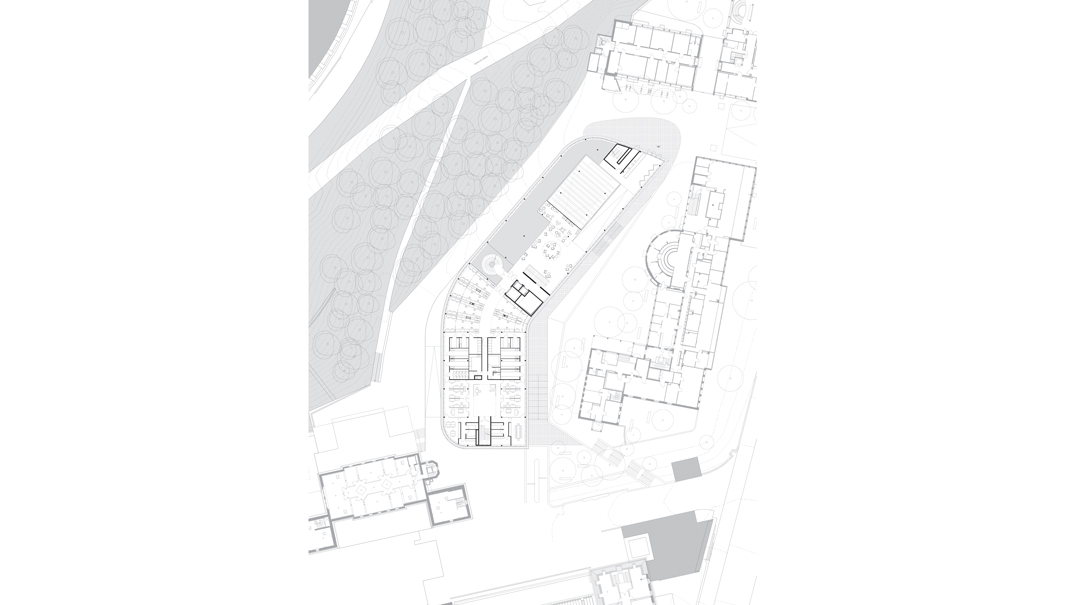 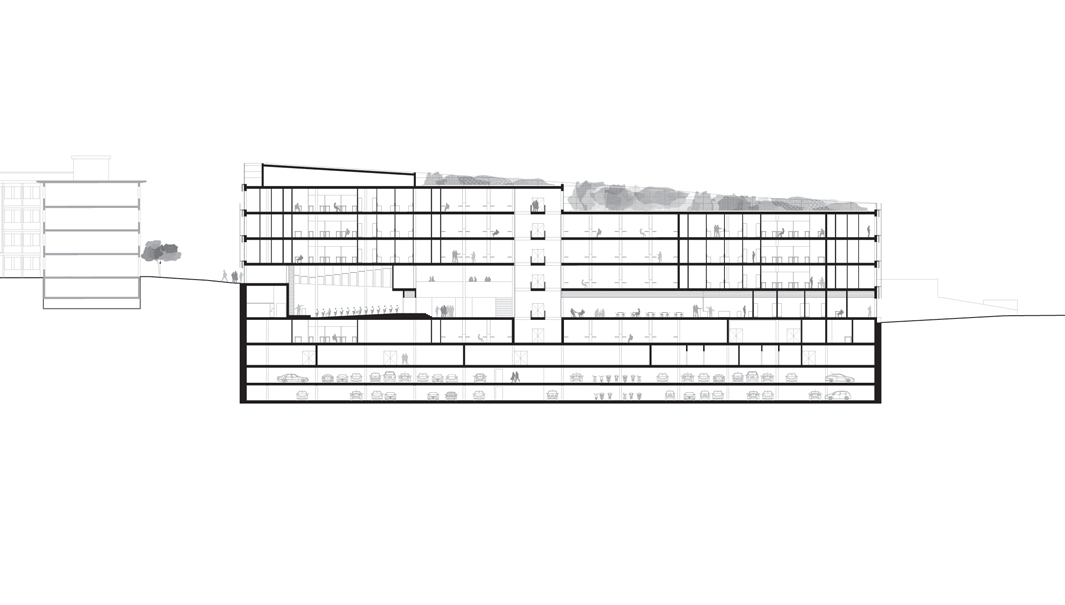 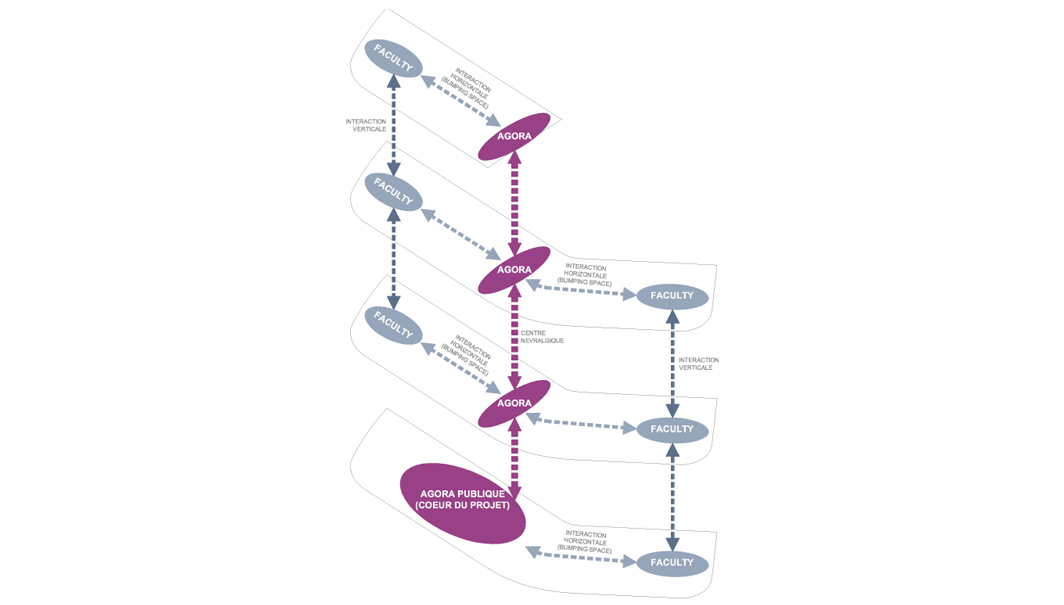 The Agora is the place where both fundamental and clinical research on cancer is carried out, the two aspects being united with the objective of pushing ever further the boundaries of scientific research.
The main planning priorities were:
-to allow total flexibility for the project to be adapted over time
-to find an innovative solution, customary and necessary in the case of such an important project
The structure of the building is straightforward, a ‘universal’ pattern that is repeated on different floors without great modification. The floors are beamless and supported by pillars that are distributed in a regular manner and whose load bearing charge is coordinated with infrastructural elements. The floors develop from areas that can be fitted out or altered as required to create spaces for research and meeting. Geometric unity is subject to the large scale of a research laboratory; it is repeated throughout the project.
The intention is to incorporate all the elements of the programme in one single building, offering various architectural possibilities rather than just one, by making it possible to design open spaces within the whole building. It will be organized with the purpose of using the minimum possible materials, in other words, focussed on the idea of ‘efficiency.’
The Agora project should be looked at as work in progress and not as a finished scheme and as a fluid whole rather than a series of fragmented spaces.
- On “Architecture and Research”, modulating the façades
The design groups together all the activities linked to research. And research architected in an organised fashion to arrive, via a methodical and gradual approach to a hypotheses, at a breakthrough.
Here, the result seems architected. Long gangways run along the façades on every level to create a scaffolding effect in stainless steel.
The aesthetic of visible service gangways along the façades of the Agora echoes that of scaffolding. A building covered in scaffolding only exists in space and time during the intermediary process between planning and realisation, in the same way that scientific research is an intermediary process between putting a question and finding an answer. Hence the aesthetic reference of the façade to building site scaffolding.
- Architecture and its objective motives
The architecture of the Agora is taut. It requires the concatenation of spaces, from public areas (the Agora) to extremely private areas (laboratories), it is circumscribed by the steep elevation of the plot and characterised by a slight movement in the structure that, without complicating the reading, varies the perception of a façade made up of identical technical components. Inside, the materials used are congruent with the strongly technical image: floors in resin or pvc and walls in glass and stainless steel.