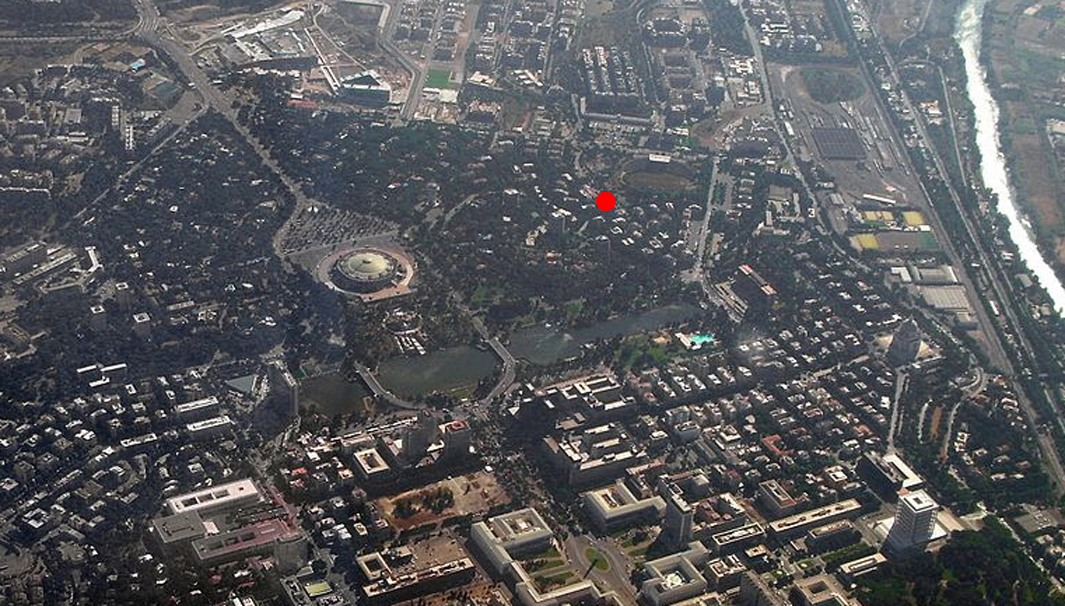 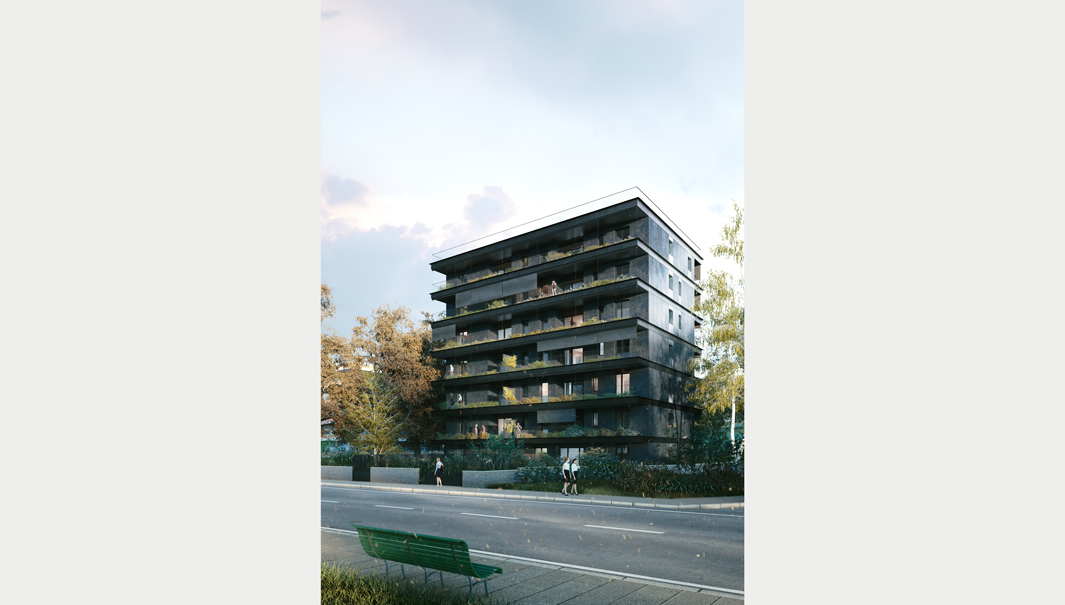 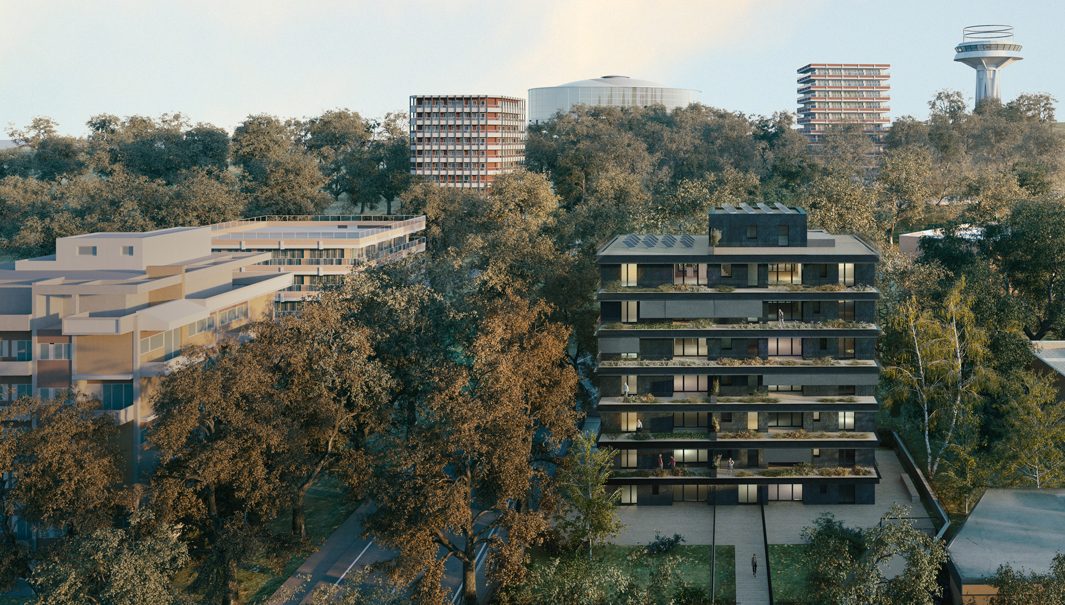 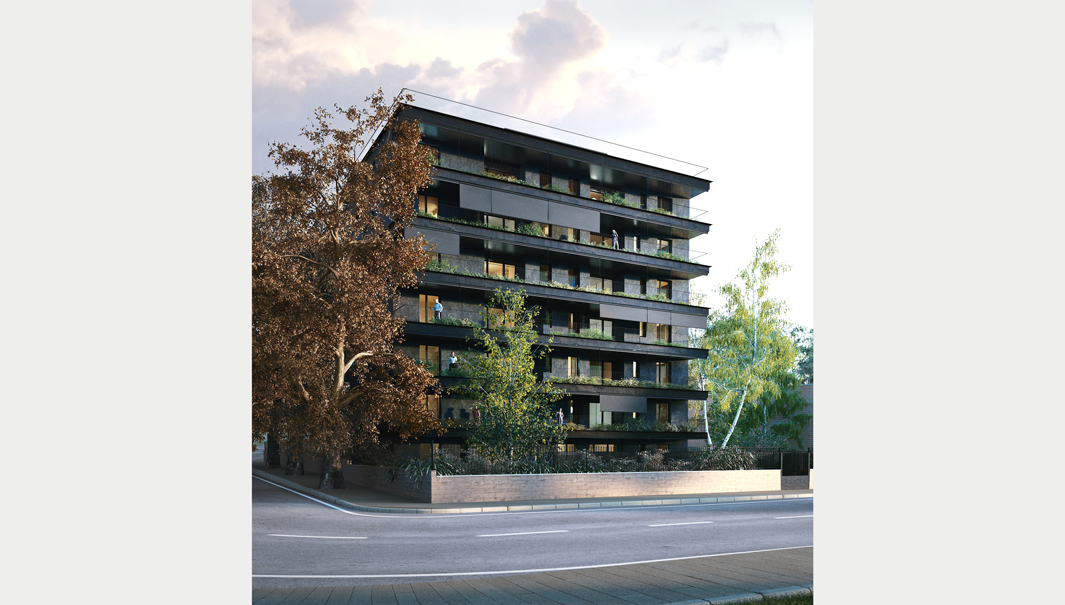 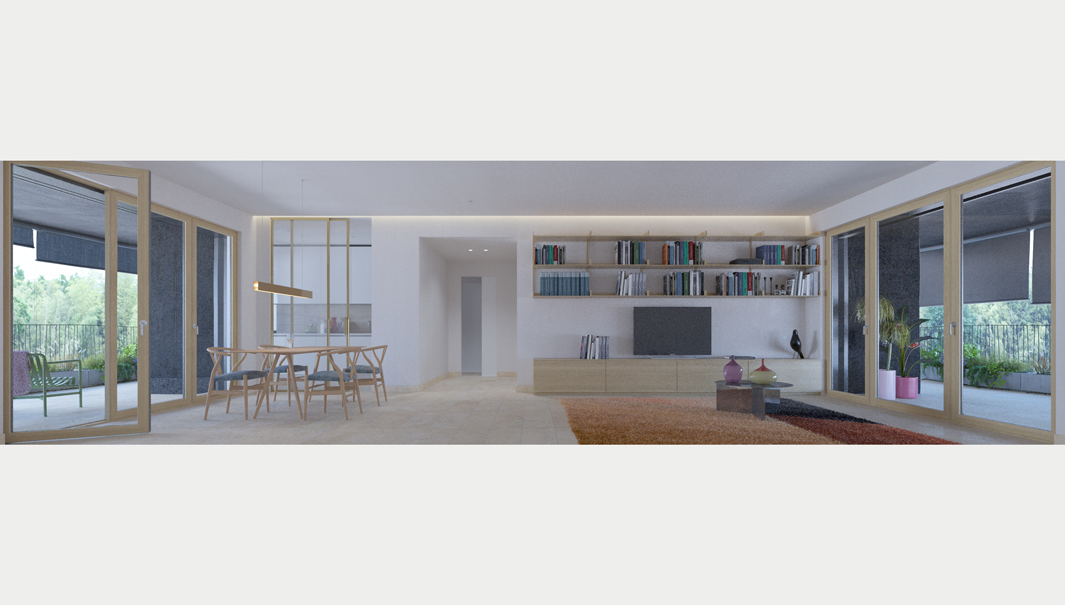 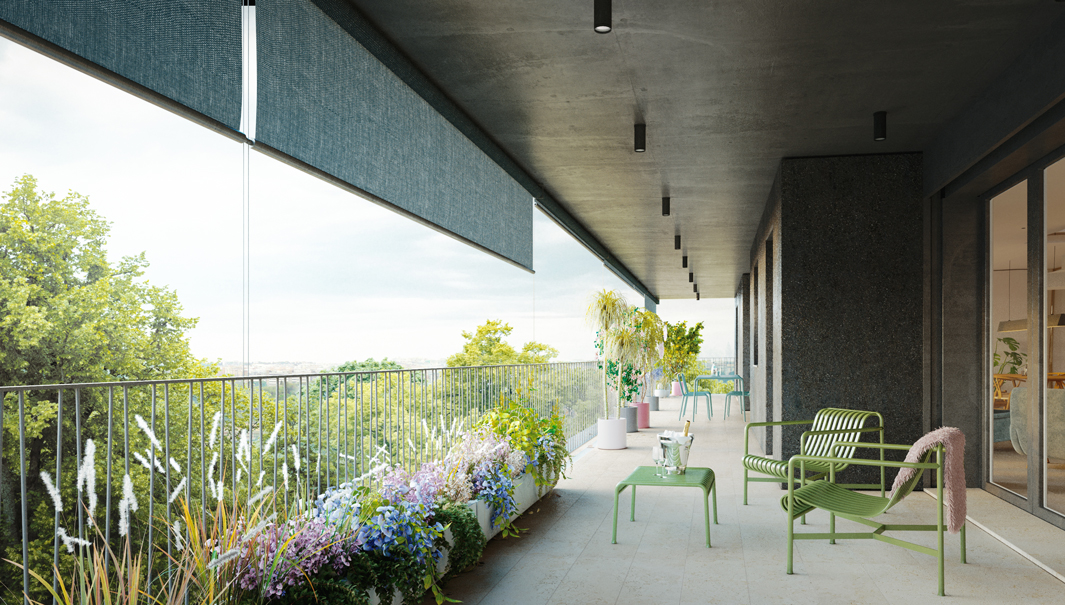 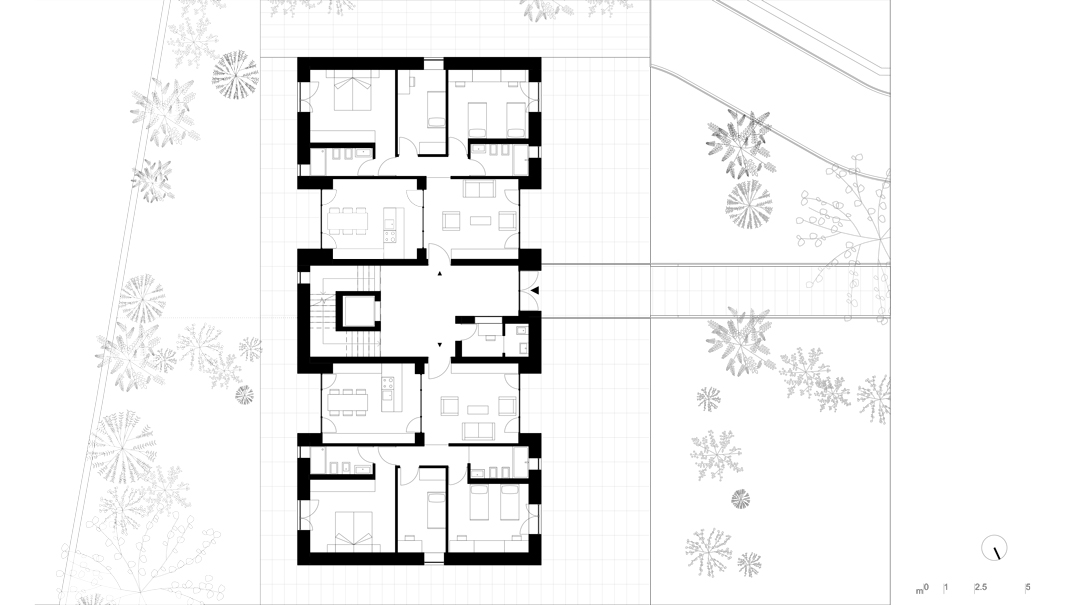 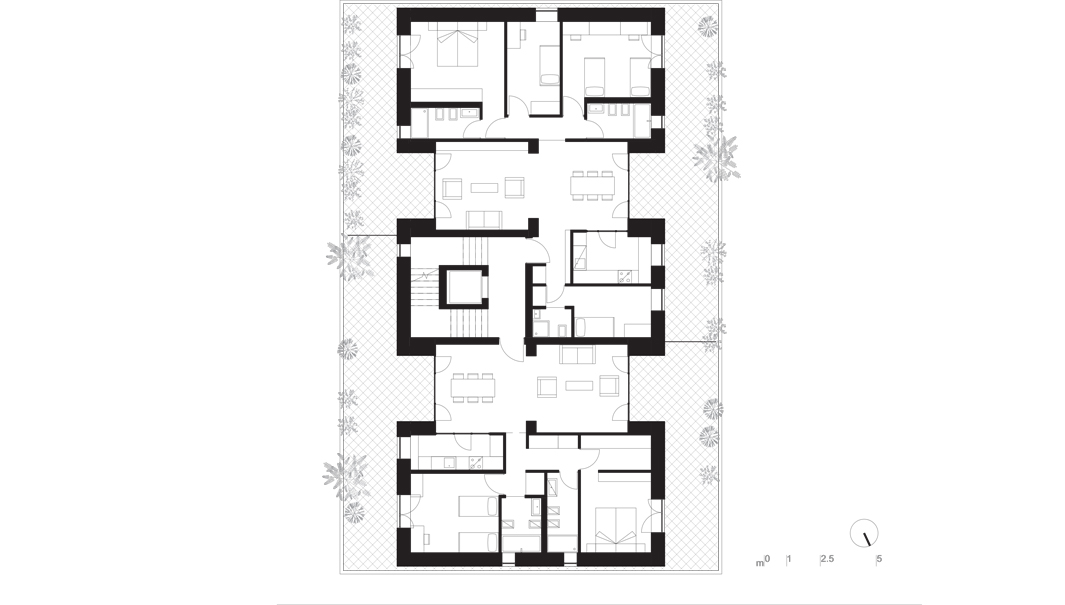 The project calls for the demolition of an office building from the sixties and seventies located to the south of  Rome.
The area is known as "delle ville" (the villas) and originally underwent a low density urbanisation with a type of housing based on the garden city theme, where the pre-existent natural value represented the success of the urban plan as well as the best overall guarantee of conservation.
(Francesco Innamorati)
Certain buildings, for example the two residential towers and the later Fungo (‘the Mushroom’), the water reservoir and panoramic restaurant, Nervi’s Palazzo dello Sport now Palalottomatica, provide a second level of high-altitude visual links.
Speculation has to some extent affected the quality of the area which nonetheless remains a place of good liveability.
The choice to demolish the existing building, which lacks relevant architectonic value, comes from its original function, which was to house small scale offices, now obsolete and unconvertible into homes, as well as its conditions of conservaton and incompatibility with the new rules of good design tied to such aspects as sustainability, residents’ comfort and energy consumption.
So the project involves the design of a new construction based on the principles of the Active House: comfort, environment and energy. It is a new approach to the theme of housing that concentrates on quality and innovation.
The seven floors of the building contain 14 dwellings, subdivided into three-room and four-room flats, all pass-through. The living rooms face onto large balconies both on the south-east side and the north-west. The result is a space that has a very strong link to the outside, with very green presence at low levels and with views onto the abovementioned monuments at upper levels. The final image is inspired by the traditional good-quality Italian architecture of the sixties and seventies: a straight forward and rigorous formal plan with great attention paid to detail and construction techniques.