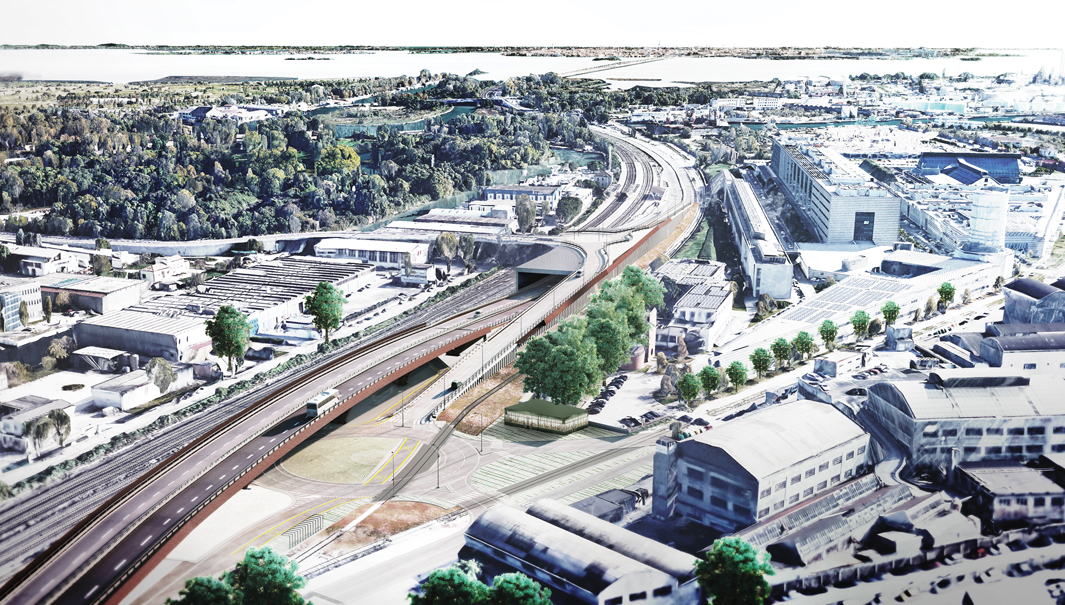 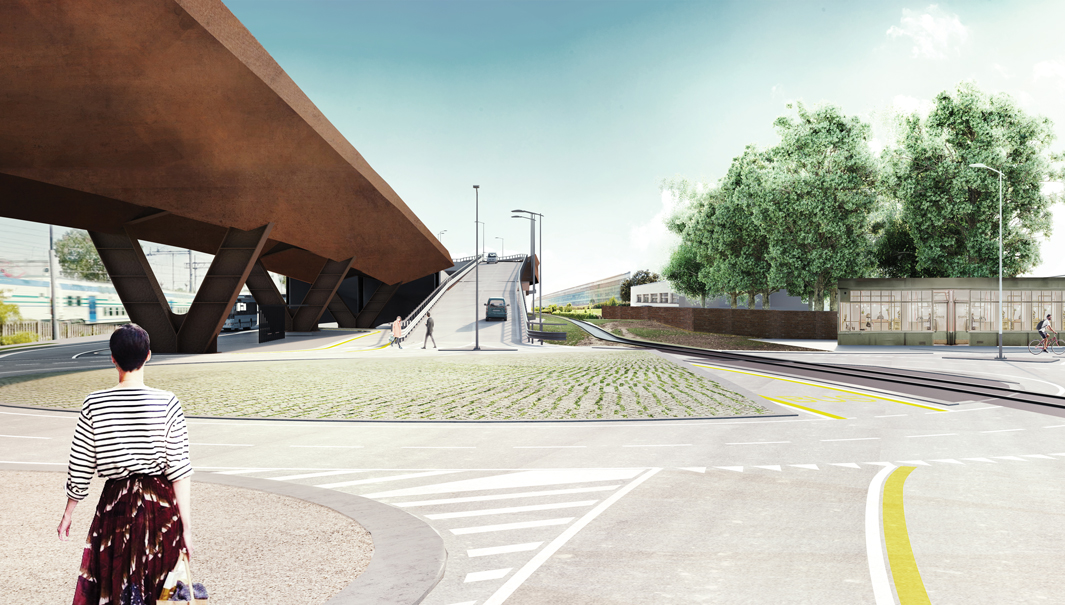 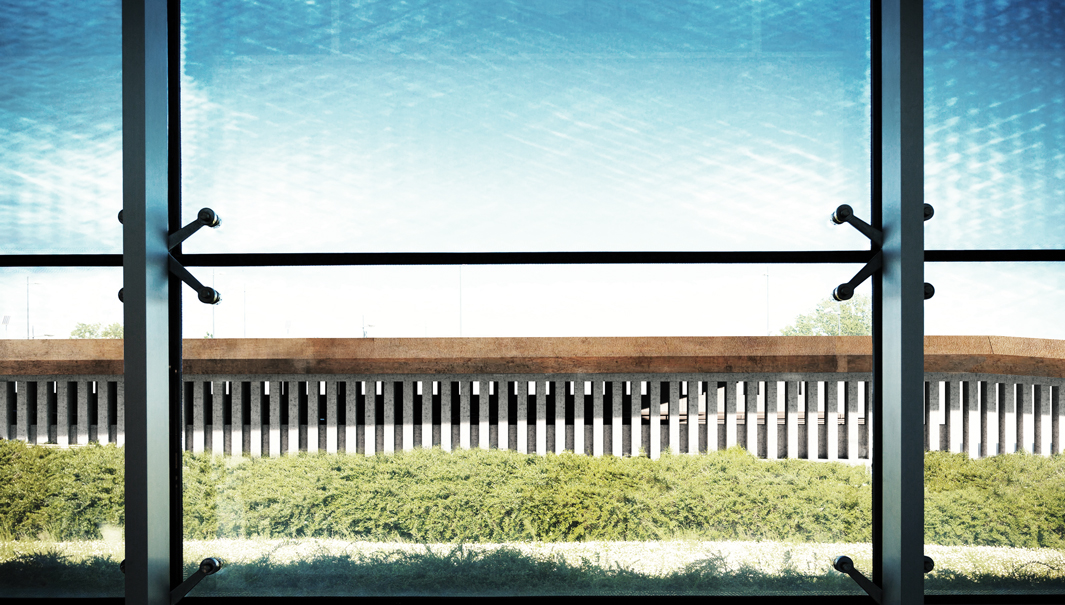 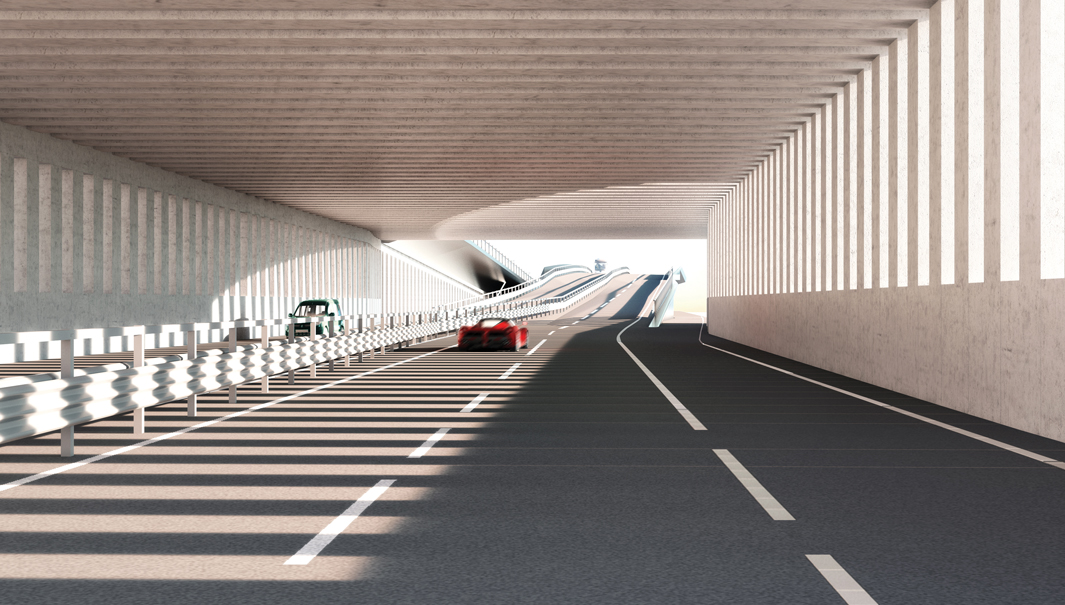 Strada Vega develops on various levels in the re-design of the new road topography between the city of Mestre and the industrial area of Marghera, representing the new entry for road access to the Venice lagoon.
The task involves reorganizing the existing infrastructure and providing for the construction of a 150m viaduct followed by an artificial tunnel to ensure the continuity of the fast regional road Strada Regionale 11, enabling the flows between Mestre, Porto Marghera and the regional road to become regularized and facilitated.
The project is an interesting challenge from many points of view:
Finally, particular attention was given to research into the pavements and flat roundabouts with the aim of bringing homogeneity and continuity to the project. The prefabricated elements of the paving are mounted with wide joints according to a design and logic that guarantees the permeability of the soil and progressive green growth.