It’s is a company aimed at research and innovation, founded in 2016 by Alessandro Cambi, Francesco Marinelli and Paolo Mezzalama with branches in Rome, Geneva and Paris.

Today’s society is changing, fast and complex. We believe that architecture is a reflection of society, as such it should express all its changes. The observation of other worlds, such as those of hi-tech, economy or design, teaches that hybridization between different spheres of competence produces innovation. The world of construction is directly influenced by these changes. The objective of It’s is to stretch the confines of architecture, hybridizing its methods with know-how from other sectors in order to evolve its own skills and offer innovative services.
It’s addresses itself to public and private sector firms who look for both ethical and economic potential in innovation, within which the architect’s point of view can bring added value. Today, the group has already developed projects for Amazon, the Lombardy Region, Grisoni Zaugg, Bouygues Immobilier, SNCF, UCI Cinema, Feudi di San Gregorio, Bang&Olufsen.
Alongside It’s appears Parallel Digital, a startup in the avant-garde of the development of design using the BIM method and digital experimentation.
Alessandro Cambi, Francesco Marinelli and Paolo Mezzalama, professional architects, share twelve years of experience of work and research together. Until 2016, they’ve been working for Scape, a company that they founded as partners. Thanks to their commitment, Scape appeared on the list of the ten best emerging studios by the French Ministry of Culture (NAJA, Album des Jeunes Architectes 2008) and in 2014 was winner of the Italian National Order of Architects award for young talent in architecture. The three architects have been and are involved in numerous collaborations with different universities, among which the faculties of architecture of Ferrara, Roma TRE and the Polytechnic of Lausanne.
The It’s team is made up of: Emanuele Andreoni, Mattia Biagi, Alessandra Bonelli, Annachiara Bonora, Angela Corcella, Giulia De Oliveira, Marco Delli Paoli, Benedetto Di Pietro, Bruna Dominici, Valentina Esposito, Elisabetta Ferrari, Letizia Gagliardi, Arianna Levantesi, Estella Macchi Di Cellere, Marc Maciejewski, Lorella Mannarino, Matteo Marcotulli, Julie Martinais, Enrico Mele, Marta Nardone, Davide Quadrozzi, Marco Teofili, Lorenzo Vicerè 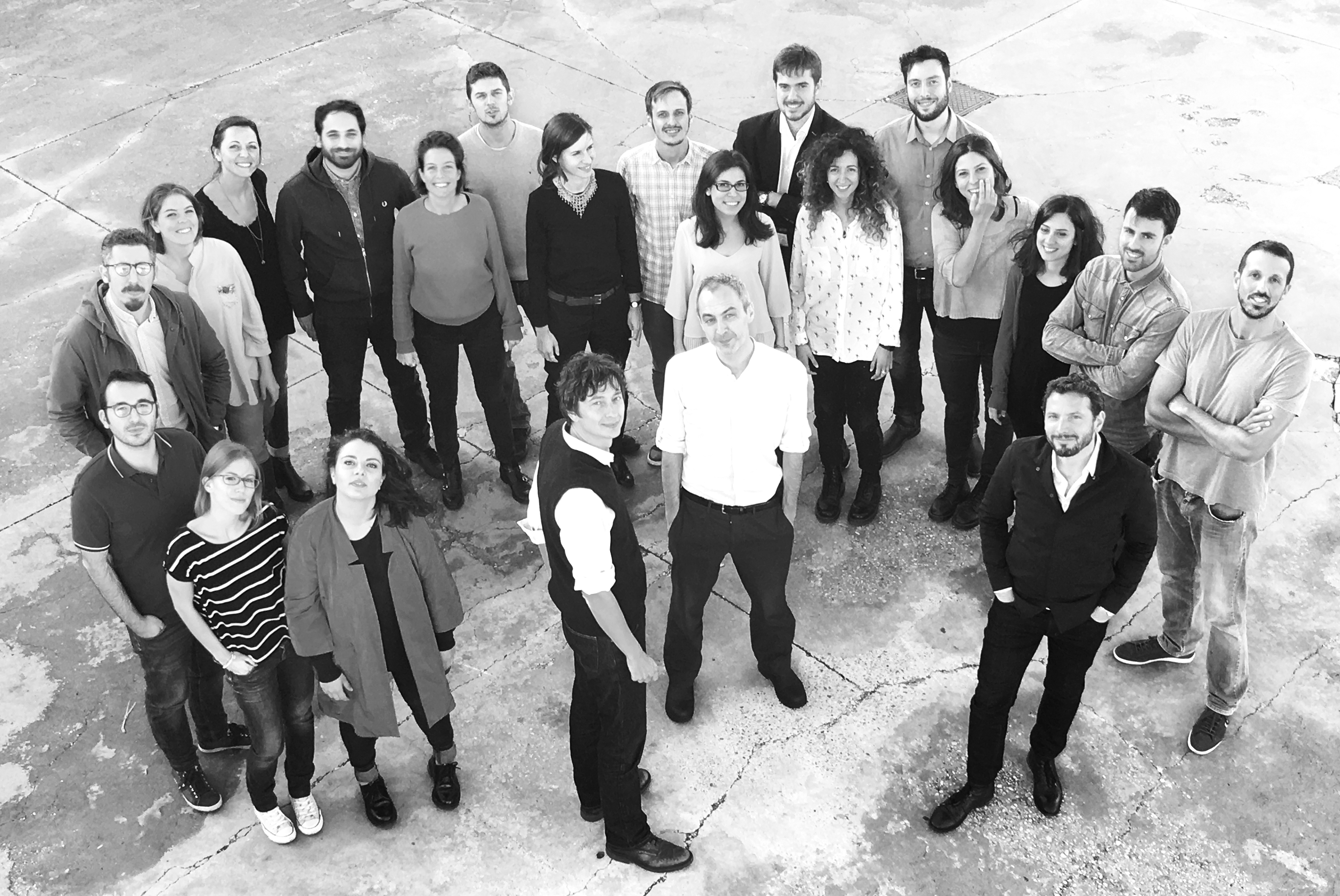